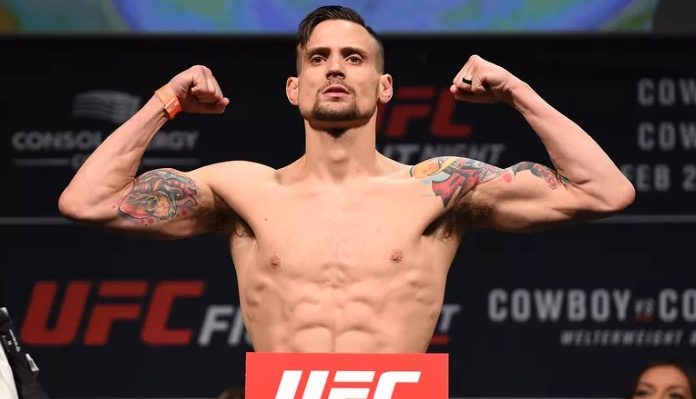 UFC welterweight James Krause responded to the callout of a fight presented to him by viral knockout artist Joaquin Buckley at UFC 255.

Buckley became a viral sensation all over the world when his incredible spinning back kick KO over Impa Kasanganay made jaws drop everywhere. Trying to capitalize on Buckley’s newfound fame, the UFC matched him up against prospect Jordan Wright at UFC 255. In what was Buckley’s second straight “Performance of the Night,” he finished Wright with punches in the second round to improve to 2-1 overall since joining the UFC this year.

Following the knockout win, Buckley used his post-fight interview as an opportunity to call out his rival Krause for an upcoming fight. After Buckley’s KO went viral in October, Krause said in several interviews that Buckley is a bad training partner who wants to hurt people in the gym. According to Krause, he denied Buckley the chance to work with him and his team of fighters at Glory MMA and Fitness, and the two do not like each other one bit.

Following UFC 255, Krause took to his Instagram to respond to Buckley’s challenge.

Krause holds a 9-4 overall record in the UFC since joining the promotion in 2013, and he is coming off of a decision win over Claudio Silva on Fight Island. Aside from a controversial split decision loss to Trevin Giles at UFC 247 earlier this year, Krause has won seven of his last eight fights while competing at 170lbs and 185lbs.

Though he is only 34 years old, Krause is more focused on his coaching career than his fighting career these days. However, the opportunity to step back into the Octagon and fight someone he doesn’t like in Buckley may be too much for Krause to ignore should the UFC offer him the grudge match.

Do you want to see James Krause vs. Joaquin Buckley?