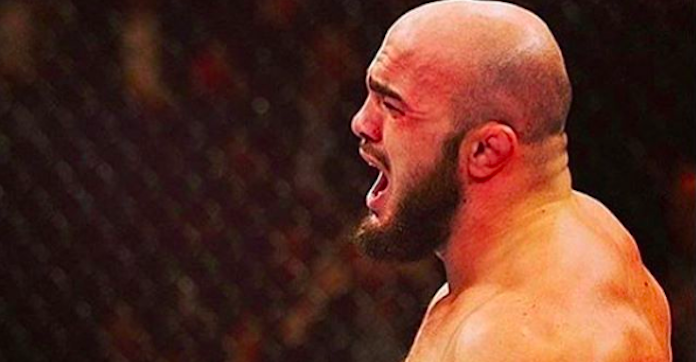 Last Saturday night, Latifi was facing a possible release from the UFC off the back of three straight losses. However, instead of folding, he was able to dig deep and battle his way to a controversial split decision win over Boser.

While Boser himself clearly wasn’t happy with the end result, Latifi may have saved his job – and in the midst of all that, he also sustained a few notable injuries. The Octagon veteran revealed the news on his social media.

“The sport is pretty crazy and it’s very hard to prepare for what can happen in a fight, early in the first round I fractured my arm in two places I am in the second round I got a nasty Eye poke that blinded me in that eye… we found the will to push through that and get the win I want to thank everybody that supported me through this fight. Special thanks to @selmanberisha @aliabdelaziz000 and @xcmma @eric_xcmma great team here in Las Vegas with great spirit @carlseumanutafa @ronnymarkes @marthinhamlet1 @tbeartim @ufcpi @sadibousy @allstarsgymsweden @andreasthegeneral @alexthemauler @alanfinfoujj @khamzat_chimaev @majdishammas @sugarraysefo @dennisdavismma @fightpharm @q.groupsweden @thetagsweden”

The fact Latifi was able to push through the adversity that he did just goes to prove why he still deserves a place on the UFC roster, regardless of whether fans agreed with the decision or not.

Moving forward, it’ll be interesting to see what direction the UFC goes in with regards to the matchmaking for both Latifi and Boser as the heavyweight division continues to heat up.

Do you think Ilir Latifi should’ve had his hand raised on Saturday night? Has your opinion of the fight changed as a result of Latifi’s comments regarding his injuries? Let us know your thoughts down in the comments, BJPENN Nation!