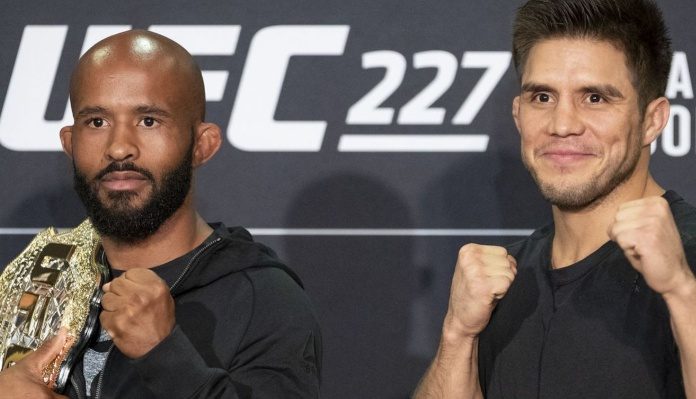 Cejudo and Johnson have met twice previously. The pair first fought in 2019, when Johnson still held the UFC flyweight title in a vice grip. On that night, Johnson blew Cejudo away with a first-round TKO victory.

The pair then met again in 2018. That second time around, Cejudo picked up a controversial split decision win, derailing Johnson’s historic, 11-fight reign as champion.

Since their second fight, Johnson and Cejudo have embarked on very different paths.

Johnson migrated from the UFC to ONE Championship, where he won the ONE Flyweight World Grand Prix with a trio of victories over Yuya Wakamatsu, Tatsumitsu Wada, and most recently, Team Lakay’s Danny Kingad. Johnson was expected to challenge Adriano Moraes for the ONE flyweight title in the spring, but that plan was delayed due to the COVID-19 pandemic.

Since then, Cejudo has repeatedly suggested he’d return to competition for the right opportunities, such as a superfight with UFC featherweight champ Alexander Volkanovski or a boxing match with Ryan Garcia. From the looks of it, a tie-breaking showdown with the ONE star Demetrious Johnson would also tick the requisite boxes for his comeback.

On Monday, Cejudo took to Twitter to share some fan-made art, depicting him and Johnson and their championship baubles with the text “super legacy fight.”

“What if?” Cejudo wrote in the caption for his post.

While Cejudo is known for his trash talk, he has made no secret of his admiration for Johnson. He has even referred to his two-time foe as the MMA GOAT.

“The pinnacle of my UFC career… I think it was beating Demetrious Johnson, even though a lot of you guys probably don’t think I won,” Cejudo said at the UFC 249 post-fight press conference. “If you were to ask Triple C who was the greatest mixed martial artist of all time, it’s Demetrious Johnson.”

Johnson has stated he intends to finish his career in ONE Championship, which makes a UFC trilogy fight with Cejudo unlikely, but perhaps we could see Cejudo under the ONE banner in the future. In 2018, ONE CEO Chatri Sityodtong suggested that if Cejudo ever became a free agent, he’d love to speak with him.

“I will just say that I love Henry Cejudo,” Sityodtong told BJPENN.com in Singapore. “If he becomes a free agent, Henry give me a call.”