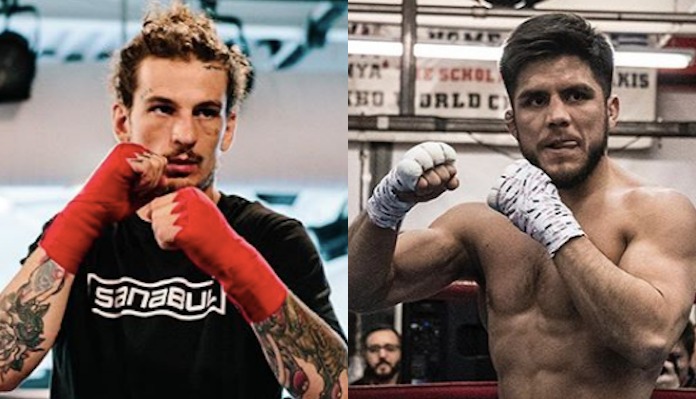 Hey @SugaSeanMMA, I thought we were going to fight? But I get it, @PetrYanUFC is a more winnable opponent for you.

“Hey @SugaSeanMMA, I thought we were going to fight? But I get it, @PetrYanUFC is a more winnable opponent for you. Here’s some free advice Ronald MethDonald I think you have a chance to win if you use your grappling.”

Along with the post was a video from Cejudo’s YouTube channel, where ‘Triple C’ spoke about the upcoming match and highlighted the moves required for a win, sporting his ‘Dynamic Striking’ t-shirt in the gym:

“What’s up everybody. Welcome to this episode of ‘Breaking Down the Fight’. I am your host Henry Cejudo A.K.A. ‘Triple C’. And today I would like to break down Sean O’Malley vs Petr Yan.”

“My initial reaction to that fight, first of all, I thought me and you were going to fight Sean. I told you October I was available, but I get it, Petr Yan is a more winnable fight for you, because more likely this is what you want.”

“And if I was to give you two cents Sean o’Malley, A.K.A. Ronald Methdonald, the only way for you to win this fight, and you could win this fight, is going to be based on two things: you using your distance, front kicks, keep them at bay and doing what you do because they are first things that you do do right, and those are your fakes, your feints, you’re able to set your hips. This is why you’re able to catch your strikes or your hands. You see, I think winning the distance game and I think the other thing to is, where people are going to be very surprised to see from you, is you using your grappling.”

“I know you’re training with ADCC world champ, multiple time world champ, Tanquinho, and I do believe that you’ve learned a few things because iron does sharpen iron and I believe he is a solid you have been able to watch him compete live and I know how good his is, so if you’re able to somehow find his back or be in there with them, you could potentially look for different positions and ways to finish the fight.”

“So, number 1 is your distance game. Number 2 is why not surprise people with your grappling? So you can recognize pretty well. But if your position is off, someone’s going to kick that front leg and I think that’s where more likely Petr Yan’s going to eventually go. He’s going to be looking to transition, take this, take this fight and make it dirty.”

“He’s a huge, he’s going to be a huge underdog for Sean. But is it a winnable fight? It could be. But you did a good job not picking ‘Triple C’. That being said, I’m leaning towards Petr Yan, he’s going to bring the fight, to keep it on his feet. He’s going to take the distance from you. And those are my two cents. So you guys thank you for watching ‘Breaking Down the Fight’.”

What do think of ‘Triple C’s’ breakdown of the upcoming fight between ‘Sugar’ O’Malley and Yan? Who will you be picking for the win?