Henry Cejudo is explaining why he doesn’t rank Anderson Silva in the top fighters in MMA history.

Cejudo and Jon Jones, who have been training together for over a year now, discussed who are the greatest mixed martial artists of all time.

It was Cejudo who said Jon Jones, Demetrious Johnson and Georges St-Pierre are some of the greatest fighters who others emulate. Jones then mentioned Anderson Silva, to which Cejudo commented (h/t Sportskeeda): 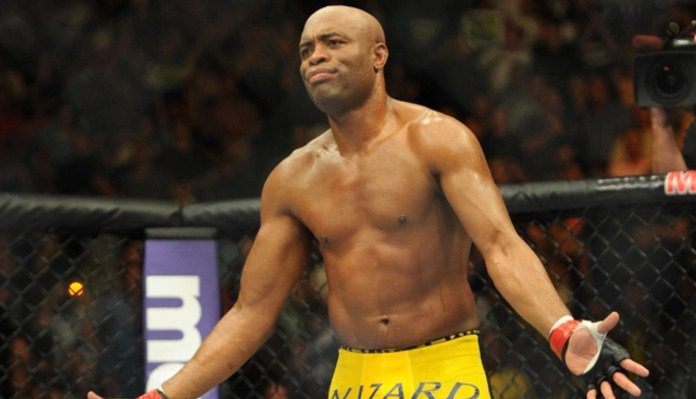 When Jones asked Cejudo where he places himslef on the list, ‘Triple C’ responded:

“Below. I put myself fifth. You, Demetrious Johnson, Anderson Silva, GSP, and then myself, and the only reason why I put myself five is two belts, and I beat three Hall of Famers to go with it. I think two belts carries a lot of weight.”

Jon Jones (26-1 MMA) is set to make his long awaited heavyweight debut at UFC 285 where he will meet Ciryl Gane (11-1 MMA) in the main event. UFC 285 takes place on Saturday March 4th at the T-Mobile Arena in Las Vegas, Nevada.

Jones is coming off a three-year hiatus, his last bout took place in February of 2020 where he defeated Dominick Reyes (12-4 MMA) by unanimous decision at UFC 247.

Gane last fought in September of 2022 where he defeated Tai Tuivasa (14-5 MMA) by knockout.

Henry Cejudo (16-2 MMA) is also targeting a return to the Octagon after vacating his title back in 2020 when he announced his retirement. While not official, word is that Cejudo, 35, will be meeting Aljamain Sterling (22-3 MMA) next.

What do you think of Cejudo’s comments concerning Anderson Silva? Obviously ‘Triple C’ still has him on his top five list of MMA fighters.