It was on New Year’s Eve that UFC President, Dana White, and his wife Anna got into an altercation at a nightclub in Cabo San Lucas, Mexico. TMZ released a video of the incident which went viral.

Mike ‘Platinum’ Perry (14-8 MMA), a former UFC welterweight and current BKFC fighter and boxer, was asked about the video and his thoughts on what went down that evening.

“I saw a video of Dana White’s explanation. He definitely had no excuses. He said, ‘Everyone who is talking about me, they’re probably right, I made a mistake.’ How long has that guy been in the public eye? For so many years, and for something like this to happen … maybe he grabbed her wrist, she struck him, he struck back, alcohol involved, New Year’s (Eve), tough times. Man, people go through that.”

“That happens to people. I’m definitely not innocent in my life.” 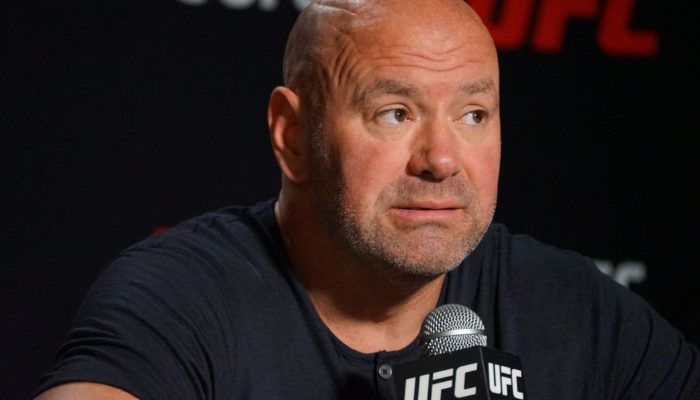 It is true that Perry has been in the spotlight for things other than fighting in the Octagon in the past. Perry, 31, allegedly struck three people at a restaurant in Lubbock, Texas in 2020 but there was no arrest in that incident. Perry’s ex-wife Danielle Nickerson also made claims around the same time of domestic abuse.

“We have to move forward. You do a million good things, then you do one bad thing and everyone is on your case about it. With someone as powerful as that, they get the chance to talk trash, or put them out there as this evil, bad person.”

“It could’ve been worse, it could’ve been better. What can you do? You go forward. Dana’s probably going to donate to some charity this week. I can’t sit here and talk bad about the guy. So that’s my comment.”

Do you agree with Perry that everyone needs to ‘move forward’ from the incident which occurred between Dana White and his wife?

This article appeared first on BJPENN.COM
Previous articleHenry Cejudo explains why he doesn’t rank Anderson Silva in the top fighters in MMA history
Next articleJake Paul reacts after Dana White announces that the UFC has released Francis Ngannou: “He’s the heavyweight champ in MMA and will be until he loses.”
© Newspaper WordPress Theme by TagDiv