Glover Teixeira plans to “go after” Jiri Prochazka at UFC 275: “It’s going to be a war”

Glover Teixeira is expecting a very fan-friendly fight in the main event of UFC 275.

Teixeira is looking to defend his light heavyweight title for the first time against Jiri Prochazka in an intriguing matchup. The champ is once again the betting underdog as many think the Czech fighter has the power to KO him, and the lone path to victory for Teixeira is on the ground. However, for the champ, he says he plans to go at Prochazka on the feet and is ready for a war.

“I’m going to go after this guy with everything that I got. It’s going to be a war. And Still,” Teixeira said on the UFC promo video. 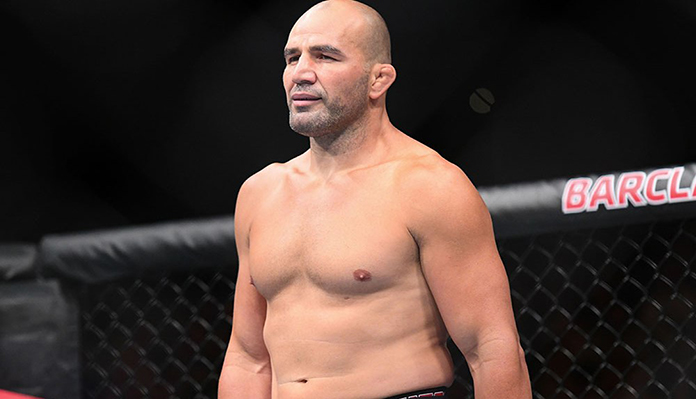 “I’m excited, I respect him because he’s a normal guy, a true warrior. He got the belt at his age, and he has beaten many guys and has won a lot of fights against young guys, strong guys. It’s amazing,” Prochazka said. “Especially the Smith and Santos (wins) that’s the guys in the best shape and he proved that he is a true champion. But, it’s coming my time and I know it’s my time and I just have to do my things and my strategy. I will show my evolved self from my last fight.”

Ultimately, both Glover Teixeira and Jiri Prochazka remain confident they will leave Singapore as the UFC light heavyweight champion. Both also expect to get the stoppage win, which only adds to the intrigue of the scrap.

Who do you think will win at UFC 275 Glover Teixeira or Jiri Prochazka?

This article appeared first on BJPENN.COM
Previous articleWeili Zhang hopes UFC 275 bout against Joanna Jedrzejczyk will be a more “exciting fight” than the first
Next articleButterbean discusses “crazy” sex addiction, calls out Jake Paul for his retirement fight
© Newspaper WordPress Theme by TagDiv