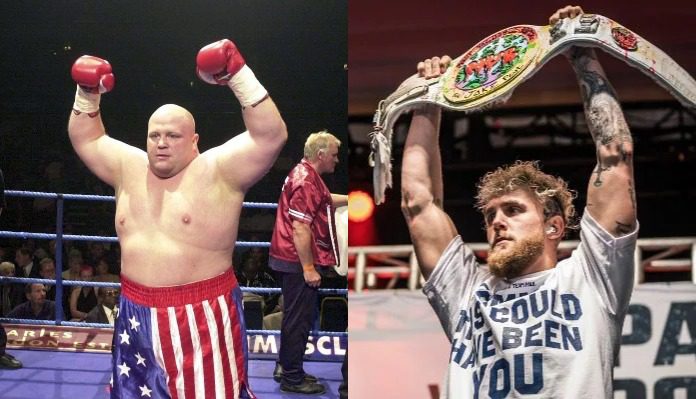 Super heavyweight boxing legend Butterbean is planning to have one final fight and has called out Jake Paul to be his opponent.

Butterbean (77-10-4 Boxing, 17-10-1 MMA), real name Eric Esch, recently sat down with The Hannibal TV where he discussed a number of topics including his previous sex addiction and his planned retirement bout.

“My addiction was never really to drugs, not that I didn’t do them. I’ll be honest. But, my addition was sex. I had a sex addition that was crazy!”

“I mean my wife knows about it, so I can talk about it freely. But it was bad. I’ve overcome that. I mean kind of like a boss you just got to quit doing it. Now I’m proud to say (that) I’ve been very loyal. I mean… I haven’t gone out chasing it. I’m good now.”

With his sex demons now behind him, Butterbean is hoping to setup one final fight in the squared circle. If he has his way, Esch will get the opportunity to share the ring with Jake Paul in about a years time.

“The big announcement is I’m gonna fight one last fight. It’s gonna be one year from now. Jake Paul, if you’re ready, I’m here for you my friend.

Let’s get it on, me and you Jake Paul. I bet it would be an awesome fight. After you said what you said about me in the magazine, I’m ready to fight you. Are you ready? I don’t think so.”

Butterbean most recently competed in June of 2013 where he suffered a TKO loss to Kirk Lawton. The super heavyweight picked up his most recent boxing win in 2007, when he knocked out Joe Siciliano.

Would you like to see Butterbean square off with Jake Paul in the final fight of his career?