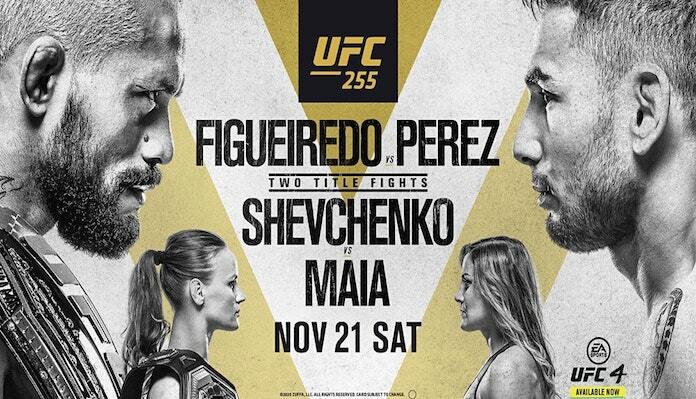 The full betting odds have been released for the 12 fights scheduled to take place at Saturday’s UFC 255: Figueiredo vs. Perez event.

In the main event, UFC flyweight champion Deiveson Figueiredo puts his belt on the line for the first time when he takes on Alex Perez. Figueiredo has won his last four fights in a row, including consecutive stoppage wins over Joseph Benavidez, while Perez has won three straight himself. The challenger earned his first UFC title shot and main event slot on short notice after filling in for the injured Cody Garbrandt.

Check out the opening odds for UFC 255 below (via MMAOddsbreaker.com).

In the UFC 255 co-headliner, Shevchenko opened as a -750 betting favorite, with the underdog odds on Maia at +550. The opening odds for this fight are indicating that it’s a massive mismatch, and since the odds opened the line has gone even wider.