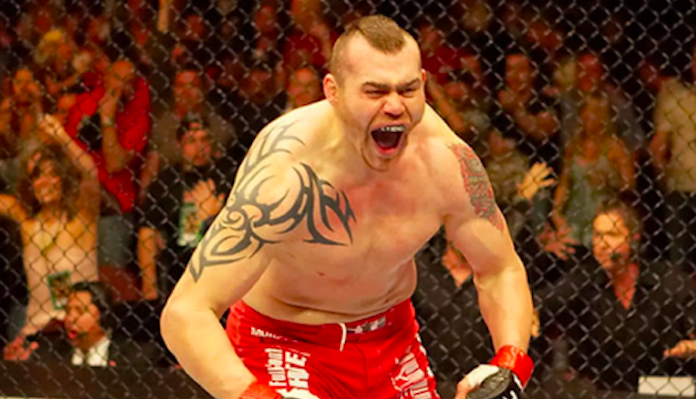 Former UFC heavyweight Tim Sylvia has explained how he lost his desire to fight in the latest episode of UFC’s Where Are They Now series.

Many fighters have been and gone over the years in the Ultimate Fighting Championship, but very few stick in the mind of fans as cult heroes. While he may have had his ups and downs, Tim Sylvia is certainly an iconic heavyweight figure in the history books of mixed martial arts.

In the aforementioned series, Sylvia opened up about what life is like these days for him and why he lost his passion for fighting.

“I found out my girlfriend at the time was pregnant, didn’t think much of it, and then all of a sudden he comes,” Sylvia said. “This is where my career went down to hell. I never had any idea – people always said when you have kids it changes you, and I was like that ain’t gonna change me, but it did. I’m a killer, I have that killer instinct, I don’t care about things, I don’t care about people’s feelings. Once I saw my baby boy it was over. I had no more killer mentality.”

It’s been a long road to get to this point for Sylvia, but now, he finally seems to be at peace in his life. He’s enjoying time with his son, he’s enjoying retirement, and it certainly appears as if Iowa is treating him well.

When you hear him talk about his time in the UFC, it definitely puts into perspective what kind of career he had. He went to war with some of the biggest and baddest heavyweights we’ve ever seen in the Octagon, and while many didn’t like his attitude, there’s no way of denying that he earned the right to be called a two-time UFC Heavyweight Champion.

What’s your favorite Tim Sylvia moment in the Octagon?