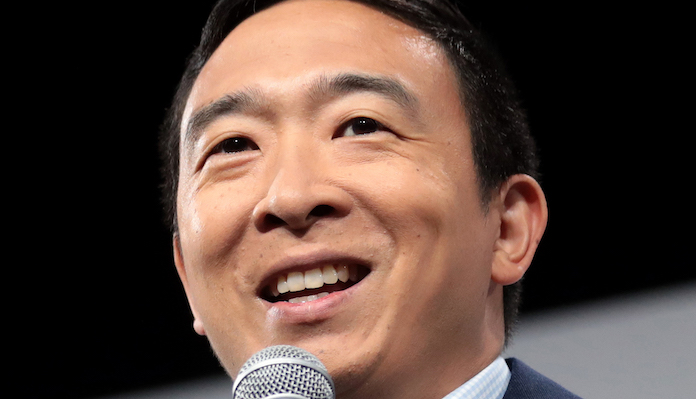 Yang, who recently withdrew from the 2020 Democratic Party presidential primaries, opened up on the topic of fighter pay in an interview with Karim Zidan of BloodyElbow.

“I’m a numbers guy,” Yang said. “In every other sport, athletes are receiving anywhere between 47-50% of the sport’s revenue. In the UFC, the estimates are that fighters are receiving anywhere between the 10-15% range. And that’s not surprising when you look at the payouts for fighters, or even if you look at a major PPV card — those fighters are getting paid 25, 30, or 35,000 to fight, and these are fighters who are at the top of the industry. Meanwhile, these fighters generally only fight a couple of times a year and have to pay coaches and many of the expenses.

“You have a major sport with billions of dollars of value, where the athletes often can’t afford to fight full-time, and it is only because the UFC systematically squashed any effort for fighters to be treated the same way athletes are in other sports,” Yang added.

Over the last few weeks, a host of UFC events have been canceled due to the ongoing coronavirus pandemic. This has deprived many hard-up fighters of the chance to earn paydays, which has pulled the issue of fighter pay into the limelight.

“I think fighters have been exploited for years and years and that exploitation becomes more apparent in this environment when the fighters aren’t able to compete and their entire livelihood has dried up,” Yang said.

Yang concluded by praising MMA fighters for their discipline, and lamenting the fact that they’re not paid accordingly.

“UFC fighters are role models to millions of Americans, myself included, because of the discipline and perseverance and courage that they display,” Yang stated. “It is really unfortunate that they are working in an industry that doesn’t properly reward their athletic talent.”

What do you think of these comments from the former presidential hopeful Andrew Yang?