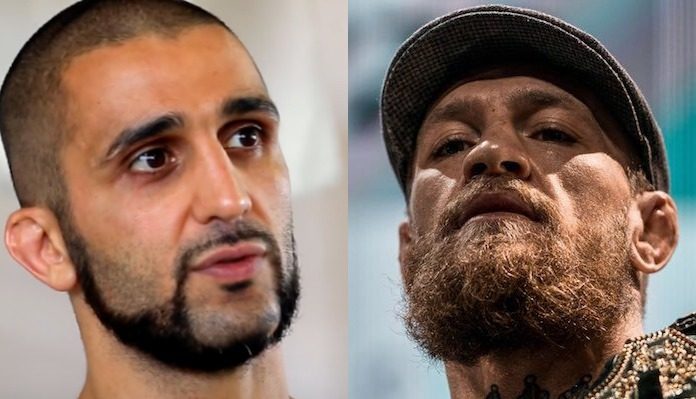 The head trainer at Tristar Gym, Firas Zahabi, ripped into Conor McGregor for punching an old man at an Irish bar, calling him “an embarrassment to MMA.”

A fan asked Zahabi what he thought about the recent McGregor incident, and the long-time trainer of Georges St-Pierre didn’t hold back.

“It’s indefensible, there is no defense for this, except (McGregor) is a pathetic, sorry excuse for a human being,” Zahabi said. “How do you punch an old man because he doesn’t want to drink your whiskey? Who can defend this? You punch an old man then you run? What a disgusting display. I don’t care how much money you have or how famous you [are]. If this is the type of person you are then then your value is zero.

Firas Zahabi went on to say that he usually doesn’t get too upset at things, but seeing the video of Conor McGregor striking the old man really upset him.

“There are so few things I will lose it on. This is one of them. If I was there when this incident happen, believe me, it wouldn’t have went well. I would have got up out of my chair, I would have been very upset. You don’t punch an old person in the face,” Zahabi said.

“I don’t care what that old man said. What if he insulted him? Who cares. He’s an old man. Maybe the old man has dementia. If some old man walks up to me and calls me a motherf*cker or whatever he says to me, I would say, ‘Sir, can I help you across the street?’ I don’t care if the man curses me out. He’s an old man. You cannot strike an old man.”

Zahabi also noted that he believes McGregor’s coaching staff also feels the same way, although no one from his camp has said anything about the incident publicly.

“I’ve been to Ireland many times, I love the Irish people, I love Ireland. They are such great human beings, they are close-knit people. They are positive people, their energy is amazing,” Zahabi said. “But I am sure 99 percent of Irish people who saw that are disgusted. I am 99 percent sure his coaching staff is disgusted. Everybody’s disgusted. I don’t care what that old man said, there’s no reason to hit that old man. It’s disgusting.”

Do you agree with Firas Zahabi? Where do you stand on the former two-division UFC champ Conor McGregor after this incident?