ESPN analyst Stephen A. Smith is addressing the video of Dana White slapping his wife.

It was on New Year’s Eve that the infamous ‘slaps’ occurred between UFC President Dana White and his wife Anna. It was TMZ who released the video of the altercation.

Everyone seems to be weighing in on the situation, and ESPN hosts now are doing the same.

It was earlier this week that Stephen A. Smith along with his co-host Molly Qerim weighed in on the Dana White incident on an episode of ‘First Take’.

Smith spoke of the altercation saying:

“We have to maintain consistency in pointing out you do not put your hands on a woman if you are a man. You do not do it. Dana White knows that and all I can say is, again, he has spoken out against men who put their hands on women before and whatever punishment you would exact under these circumstances to somebody else is what he should apply to himself.”

“I could see him doing something even stricter just because he’s the leader and he’s the leader of men. I just want to say a couple of things. They talked about drinking heavily. When you’re under the influence, not shining moments, often people don’t make their best decisions. So in that sense it’s a cautionary tale. In terms of it being an isolated incident, I’ve known Dana since like 22, I have the upmost respect for him. And I don’t judge people by their worst moment. I agree with you on that punishment part. And the other piece I just want to say, as a woman, it was also his wife’s hands on him. No one should be putting their hands on anyone. Male, female, female, male. I’m not a part of the whole cancel culture and I don’t judge people by their worst moment. He has a beautiful family and I wish them the best.” 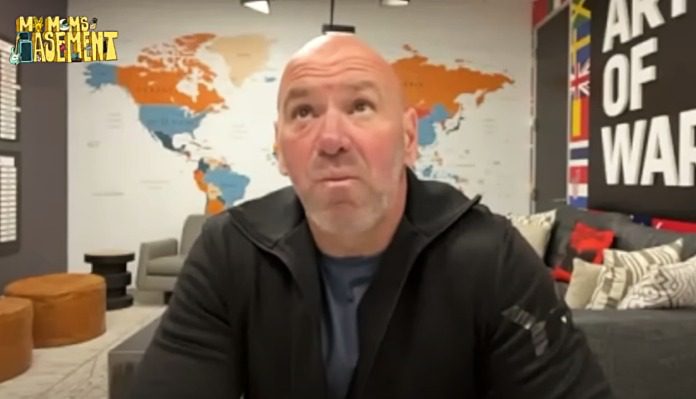 “Well, like I said, you’re absolutely right. I have nothing to add other than, I think it’s important that if you’re going to sit on this platform you owe it to your audience to be honest. To be honest and forthcoming. Dana White is not just somebody I know and support, nor you. He’s a friend. I love him. I just wish the best for him and his family. He knows how wrong he was to do this. He knows that we’re on this. He knew ahead of time because I reached out to him to let him know that I would be talking about this this morning. (Dana White) knows that he crossed a line that he never crossed before and that he swears he will never cross again. He is incredibly ashamed of himself. That’s where we are right now.”

ESPN has been criticized for it’s lack of coverage since the incident between White and his wife Anna occurred on New Years Eve.

Do you agree with the commentary by Smith and Qerim?