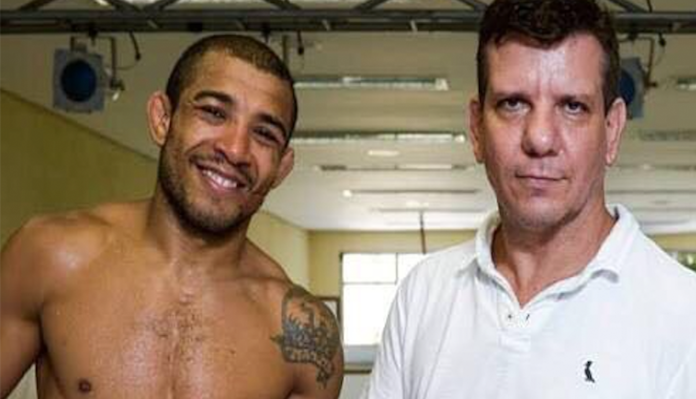 Pederneiras has been coaching Aldo for years at Nova Uniao in Rio de Janeiro, Brazil, and the two have gone on several championships runs over the years in both the UFC and the WEC. On Saturday night at UFC Vegas 44, Aldo punched his ticket to a No. 1 contender fight at 135lbs as he smashed Font in a lopsided unanimous decision victory. It was an incredible victory by Aldo, who once again showed that Father Time stops for him. At age 35, Aldo continues to add to his legacy, and with Pederneiras in his corner every time, too.

Taking to his social media following Aldo’s big win over Font at UFC Vegas 44, Pederneiras issued a statement. Take a look at what one of MMA’s top coaches said about his pupil.

For Aldo and Pederneiras, this was a massive win for the Brazilian as he is now 3-2 overall at 135lbs and currently riding a three-fight winning streak in the division. It is pretty incredible to see what Aldo has been doing as of late given that he should be at the tail end of his MMA career due to fighting professionally for 17 years. But somehow Aldo continues to pick up wins and do so in style. The fact that he has such an incredible coach in Pederneiras helping him out is a big help, too, showing once again how a strong bond between a fighter and coach can go a long way to helping two men reach their dreams.

Where do you rank the fighter-coach duo of Jose Aldo and Dede Pederneiras in MMA history?