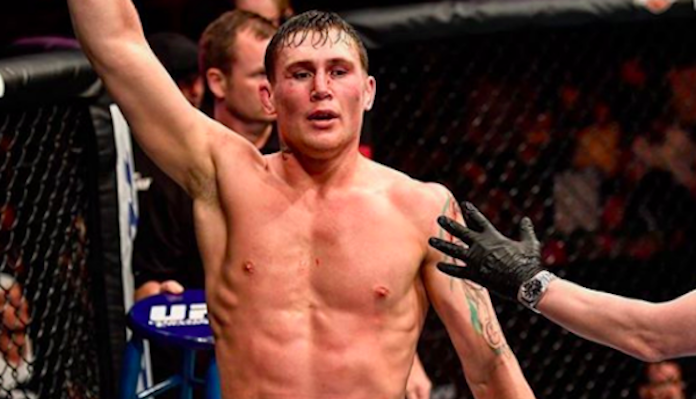 Darren Till believes he would’ve finished Marvin Vettori when they were scheduled to fight in April of 2021.

Till and Vettori were set to headline UFC on ABC 2 but unfortunately just a few weeks before the event, the Brit broke his collarbone and was forced out of the fight. Vettori then fought Kevin Holland who he beat and proceeded to get a title shot against Israel Adesanya in the fight after.

Since Till was forced to pull out, he suffered a submission loss to Derek Brunson and is once again sidelined. Injuries have been a common theme for him which he says is frustrating as he says he felt as good as he ever has before the Vettori fight and was confident he would’ve finished him in the first round.

“I got a chef to live with me and I swear to god, I would just go to and from the gym every day and stayed on my diet relentlessly,” Till said to BlockAsset. “It was the best I’ve ever been. I actually knew inside and I was going into that fight with Marvin, I’m not disrespecting Marvin, listen, he’s higher up than me now. He’s on a f*****g totally different path. You know, he’ll probably see this and say some angry s**t like he usually does, cause he’s got no brains, but I would of went in that fight and stopped him, 100 percent in the first round because he’s just a mong who comes forward, he just wouldn’t have been able to take my shots.

“Like don’t get me wrong, he’s a cardio machine, he is a monster, and I do respect him as a fighter, but there’s just no way to cope with me at that point where I was,” Darren Till continued. “I was so f*****g fit, there was nothing to do, it was just chewing back the gym, my diet was on point. And then it’s like, two weeks before I broke my collarbone, and these people must be thinking Till is fragile.”

With Vettori set to face Robert Whitaker in September, perhaps after that Till will get his chance to prove he can finish Vettori in the first round.

Do you think Darren Till would’ve finished Marvin Vettori?