Cormier (22-3 MMA) and Jones (26-1 MMA) had arguably the biggest rivalry in Ultimate Fighting Championship history between 2014 and 2017.The pair met on two occasions during that time, with Jon Jones emerging victorious in both contests.

Their first encounter took place at UFC 182 in January of 2015, and saw ‘Bones’ earn a unanimous decision. The bitter rivals would later rematch at UFC 214, with Jones producing a knockout finish in the third round.

However, that second fight ruling was later overturned to a no-contest after it was revealed that Jon Jones had tested positive for a turinabol metabolite.

Due to the fact that Jon Jones was suspended on two occasions for banned substances during the years of their rivalry, Daniel Cormier says he can’t help but wonder if things would have played out different had ‘Bones’ fought clean. 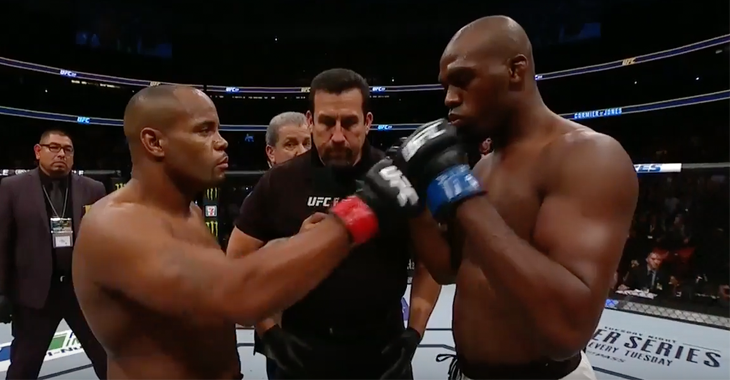 “Even though they said it’s a no contest, (they) saw (me) lose. It’s the truth. All he gets is time. Jon Jones even then was making probably $5 million. So Jon Jones, 2017, fights me in Anaheim, wins the fight, gets that ‘and new champion’ from beating me. (Afterward) they find out he tests positive for steroids. They say, ‘Oh man, he’s suspended for 18 months.’ Now you get 18 months, (but) you still got your money. And you’re still only 25, 26 years old. I’m 37, 38 years old. You’re 27, and you get a year off. It’s horrible, but it’s easy for him to say water under the bridge. But for me, it’s like, ‘Man, you did some stuff to my career that never let me settle, because now I don’t know.’”

“I could know through the fights that maybe this dude is just better than me, but I also know that if you’re not doing the things that are boosting you, can you really work to the level that I’m working? … I can’t let it go. He’s a cheater.”

This article appeared first on BJPENN.COM
Previous articleKhamzat Chimaev opens above a -1000 favorite ahead of his UFC 279 fight against Nate Diaz
Next articlePro fighters react after the UFC books Nate Diaz vs. Khamzat Chimaev
© Newspaper WordPress Theme by TagDiv