The Scottish standout in Calderwood was originally slated to challenge reigning women’s flyweight queen Valentina Shevchenko later this summer. However, after ‘The Bullet’ suffered an injury the proposed title fight was put on hold which prompted ‘JoJo’ to accept a bout with Jennifer Maia.

While many fans and analysts have questioned Joanne Calderwood over her seemingly high-risk decision, UFC boss Dana White was thrilled by the Scots gutsy move.

“When you’re real, that’s what you do,” White told reporters after the UFC Vegas 5 weigh-ins. “I love it.”

Joanne Calderwood had previously explained her decision to accept a bout with Jennifer Maia at UFC Vegas 5 in a interview with MMA Fighting.

“I feel like I’m at the point of my career where I train consistently, my weight’s good, my mindset’s good, and I feel like if the ball’s in your court, then why not? I feel like I’ve got nothing to lose, because I have been training and I have been staying up with my nutrition.” 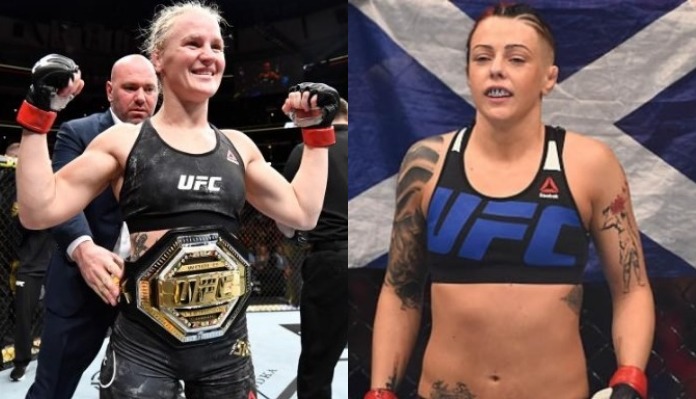 Joanne Calderwood continued with the following comments which must sounds like music to the ears of Dana White.

Joanne Calderwood (14-4 MMA) was most recently seen in action at September’s UFC 242 event where she scored a split-decision win over Andrea Lee. ‘JoJo’ has gone 3-1 over her past four Octagon appearance overall.

Meanwhile, Jennifer Maia (17-6-1 MMA) will enter tonight’s UFC Vegas 5 event looking to rebound, this after suffering a decision loss to Katlyn Chookagian in her most recent effort at UFC 244. Prior to the setback, Maia was coming off back to back decision victories over Roxanne Madofferi and Alexis Davis.

What do you think of the comments from Dana White regarding Joanne Calderwood risking her flyweight title shot at UFC Vegas 5? Share your thoughts in the comments section PENN Nation!

This article first appeared on August 1, 2020