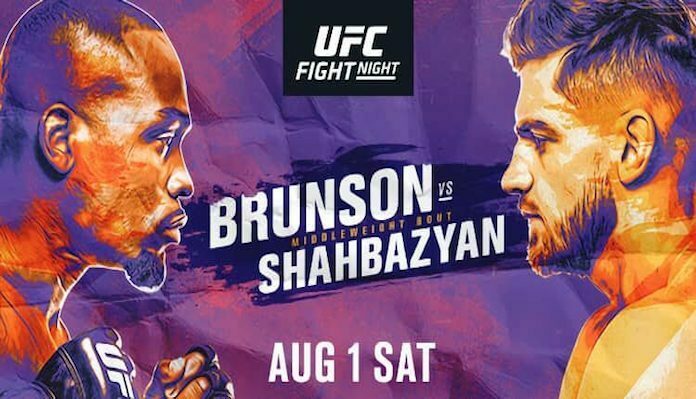 Tonight’s UFC Vegas 5 event just took a major hit as a scheduled bout between Ed Herman and Gerald Meerschaert has been cancelled.

News of the short-notice fight cancellation was first reported by Ana Hissa and later confirmed by Damon Martin.

Confirmed: Gerald Meerschaert vs Ed Herman has been scrapped from tonight’s card. Meerschaert tested positive for COVID-19 and has been pulled from the event. First reported by @AnaHissa #UFCVegas5

“Confirmed: Gerald Meerschaert vs Ed Herman has been scrapped from tonight’s card. Meerschaert tested positive for COVID-19 and has been pulled from the event. First reported by Ana Hissa.”

As seen above, tonight’s Ed Herman vs. Gerald Meerschaert fight was scrapped after it was revealed that Meerschaert had tested positive for the dreaded Coronavirus. Hopefully ‘MG3’ can make a speedy recovery and return to good health in quick time.

Tonight’s UFC Vegas 5 event was thin to begin with and now only sports a total of nine fights. Herman vs. Meerschaert was expected to deliver fireworks, with many fans predicting the bout would earn ‘fight of the night’ honors.

Ed Herman (25-14 MMA) was hoping to build on his two-fight winning streak this evening but will now have to wait a little longer for that opportunity. ‘Short Fuse’ had earned victories over Patrick Cummins and Khadis Ibragimov in his most recent Octagon appearances.

Thankfully tonight’s UFC Vegas 5 headliner and co-main event are still in check. Undefeated middleweight standout Edmen Shahbazyan takes on veteran Derek Brunson in the final fight of the evening, which is preceded by a women’s flyweight bout between Joanne Calderwood and Jennifer Maia.

Would you like to see Gerald Meerschaert vs Ed Herman rebooked by UFC officials if ‘MG3’ can make a quick recovery from Covid-19? Share your thoughts in the comments section PENN Nation!