Sandhagen (14-4 MMA) and Yan (16-2 MMA) collided on Saturday with the promotions interim bantamweight title up for grabs.

Cory Sandhagen was getting his first shot at promotional gold, this despite suffering a split decision loss to TJ Dillashaw in his most previous Octagon appearance. Prior to his loss to ‘Killashaw’, ‘The Sandman’ was coming off back-to-back TKO victories over Frankie Edgar and Marlon Moraes.

Meanwhile, Petr Yan was returning to action for the first time since losing his bantamweight title to Aljamain Sterling in controversial fashion at UFC 259. Prior to his DQ loss to ‘Funkmaster’, the Russian standout had put together a ten-fight winning streak, which included stoppage victories over MMA legends Jose Aldo and Uriah Faber. 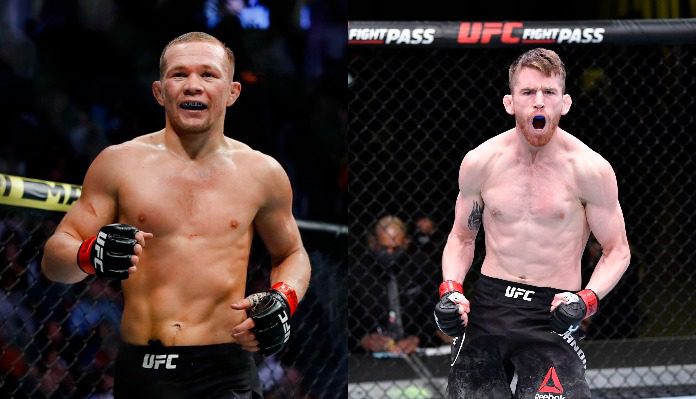 Today’s UFC 267 co-main event proved to be a thrilling twenty-five minute affair. Petr Yan and Cory Sandhagen proceeded to go to absolute war, much to the delight of UFC President Dana White and all of the fans watching along. ‘No Mercy’ would drop ‘The Sandman’ with a spinning backfist midway through the contest which appeared to turn the tide in his favor. After five-rounds of thrilling back and forth action Petr Yan was awarded a unanimous decision victory from the judges in attendance (49-46 x3).

Shortly following the conclusion of today’s event, Cory Sandhagen took to his official Instagram page where he issued the following statement on his loss to Yan.

Who would you like to see Cory Sandhagen fight next following his thrilling war with Petr Yan at today’s UFC 267 event? Share your thoughts in the comment section PENN Nation!

This article appeared first on BJPENN.COM
- Advertisement -
Previous articleDaniel Cormier and Justin Gaethje have heated exchange after ‘DC’ suggests Islam Makhachev should get the next title shot
Next articleJon Jones attempts to establish “new rule” for UFC callouts, gets ruthlessly trolled by fight fans