Conor McGregor is reacting to a video of Nate Diaz slapping Dillon Danis’ friend in the face.

It was just this past weekend at Madison Square Garden in New York City at UFC 281 where Diaz was involved in an altercation following the event.

Apparently a slap was thrown by Diaz, but not directly aimed at Danis according to the video footage. Perhaps the 37-year-old is auditioning for Dana White’s new ‘Power Slap‘ enterprise?

When UFC President Dana White was asked about the video involving Nate Diaz his response was simply:

“That’s a shocker. Did he really?”

It should also be noted that someone from Diaz’s camp threw a drink in Danis’ direction following the scuffle.

This is not the first time, and probably not the last time, that the Stockton native and his entourage get into altercations ‘outside’ of the cage.

It was at Jake Paul’s boxing clash with Anderson Silva on October 29th where Diaz and team were escorted from the building after the UFC veteran reportedly tried to start a backstage brawl.

Of course there is a history between Nate Diaz (21-13 MMA) and Dillon Danis, as the two have had their choice words for one another going all the way back to 2016. It was at a post fight press conference after Diaz fought Conor McGregor that Diaz told Danis he was ‘on his hit list’. That fight never did take place inside the Octagon.

Conor McGregor reacted to the ‘slap’ from Diaz this past Saturday night, taking to ‘Twitter‘ with the comment: 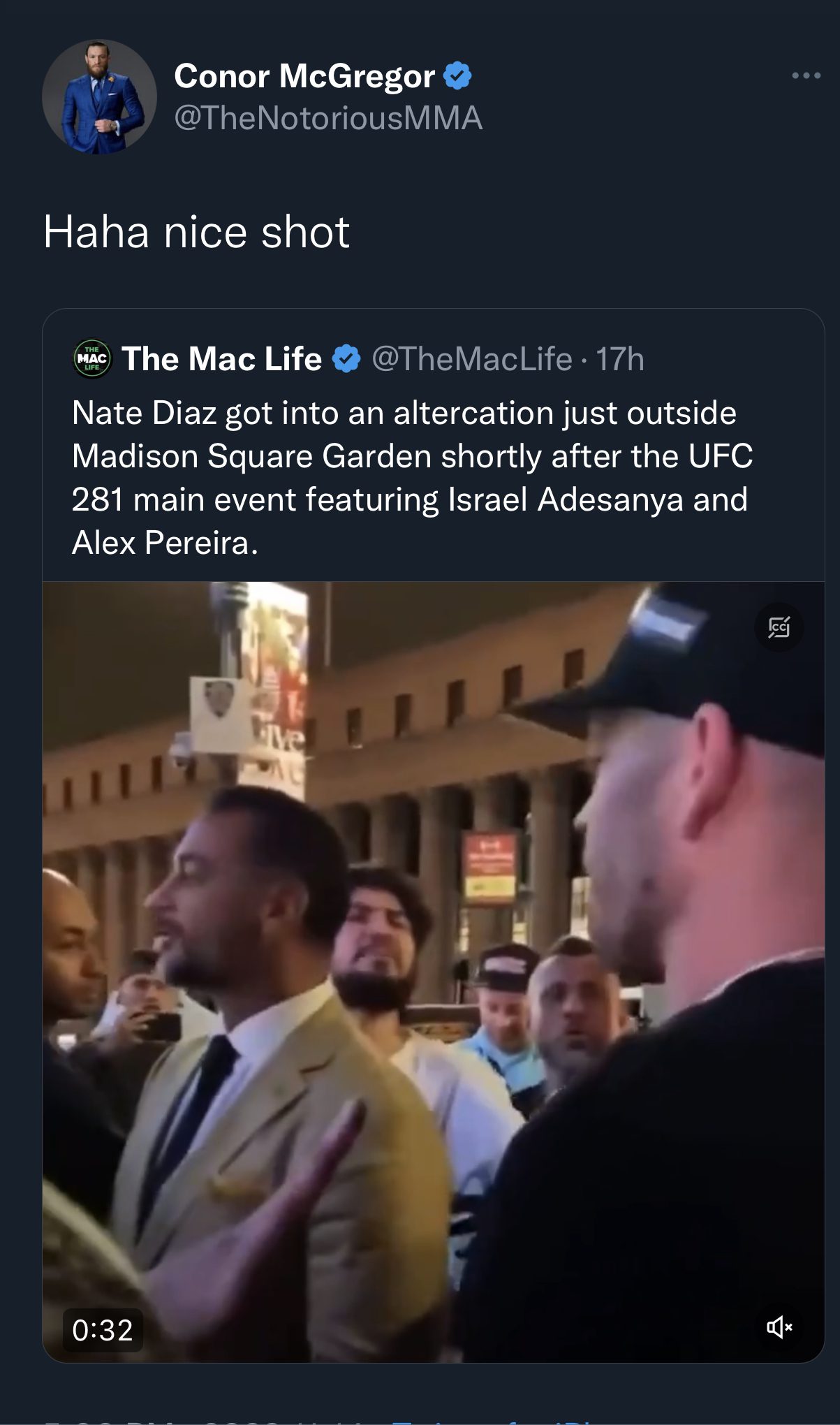 McGregor, 34, (22-6 MMA) also has a history with Nate Diaz, as the two met at UFC 196 and UFC 202 with ‘Notorious’ being defeated in the first bout, only to return to the Octagon and defeat Diaz in the rematch.

What do you think of Nate Diaz’s antics outside the cage? What would you like to see the fan favourite do next?