Sakuraba, the 52 year old Japanese fighter began his career as a professional wrestler for UWF International before joining MMA. His list of accomplishments include winning the UFC Japan heavyweight tournament in 1997, as well as many others too long to list, and he was ultimately inducted into the UFC Hall of Fame in 2017.

Much like BJ Penn, the Japanese legend constantly took on crazy fights, albeit being undersized, and usually won. He single-handedly took out an entire wing of the Gracie family, including Royce Gracie, back when an invincible aura still surrounded him. It was to have been Royce Gracie’s first defeat in MMA. This earned Sakuraba the nickname of ‘The Gracie Hunter’.

CM Punk in an interview with ‘Helen Yee Sports’ named Sakuraba his MMA Goat and talked about the admiration he held for the legend:

“I’ve got a soft spot in my heart for Sakuraba. Probably a lot of people wouldn’t pick Sakuraba. But I’m a pro wrestler at heart and I know Saku is, too. So he’s one of those guys that kind of captures everything I love about mixed martial arts. Perennial underdog, ugly ears. What’s not to love?”

Punk, the former WWE star, turned to MMA in 2016 and made his UFC debut at UFC 203 in Cleveland which resulted in a loss to Mickey Gall. Returning to the ring for UFC 225 in 2018 resulted in a no contest decision due to Mike Jackson testing positive for marijuana. There would not be a third fight. 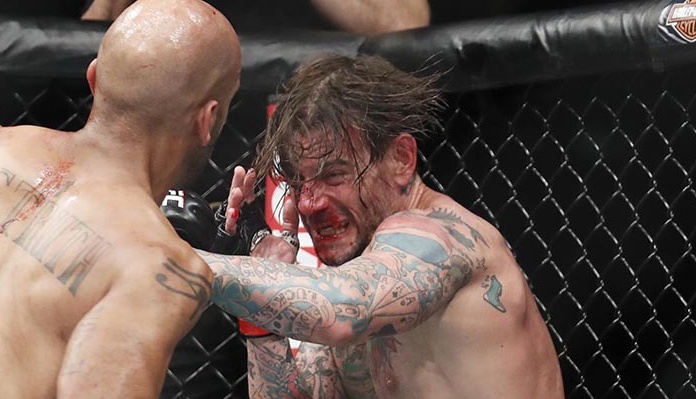 It was doubtful Punk would have been given another shot in the Octagon anyways as Dana White explained after UFC 225:

“Listen, he got clipped a lot in that fight, and it looked like he was hurt bad a couple of times. He stayed in there, he went for three rounds. It should be a wrap. The guy’s 39-years-old. I love the guy. He’s the nicest guy in the world. We gave him two shots, and he had a lot of heart tonight in this fight, and yeah, I think he should call it a wrap… I wouldn’t put that kid in the Contender Series.”

Ultimately Punk told the UFC he is retired and has since signed with AEW as he returns to pro wrestling, ‘MMAFighting’ reported.

What do you think of CM Punk naming Kazushi Sakuraba as his MMA GOAT (Greatest of all time)? Share your thoughts in the comment section PENN Nation!