Home » MMA News » UFC » Chris Weidman says he did not celebrate when Ander... 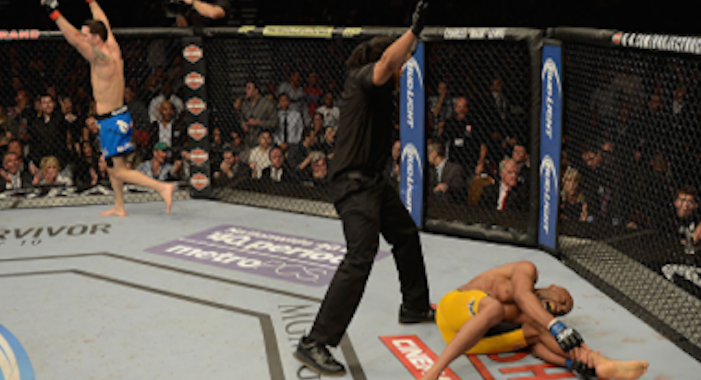 Former UFC middleweight champion Chris Weidman says he did not celebrate when Anderson Silva broke his leg in their fight at UFC 168.

Weidman suffered a horrible injury at UFC 261 this past Saturday night when his leg shattered in half on the first kick he threw against Uriah Hall. It was one of the worst injuries we have ever seen in the Octagon, and ironically it was very reminiscent of Weidman’s fight against Silva in December 2013, which Weidman won via TKO when Silva broke his leg. Immediately after seeing Silva go down, Weidman ran around the cage, apparently celebrating his victory. However, the former champion says there is more to the story.

Taking to his social media in the days following his broken leg against Hall, Weidman fired back at the critics who said his own leg break was karma for when Silva broke his leg.

“Anyone saying I celebrated when Anderson’s leg snapped is entirely wrong. I didn’t know his leg snapped. I just thought I checked his leg kick good, and he went down in pain, which often happens In sparring. Painful for a short time, but gets better quickly–kind of like a body shot. After circling the octagon, I realized that he was in severe pain by his yelling and immediately went and checked on him and tried to console him. That’s when I noticed him holding his leg in place. There was no happiness on my behalf from that point on. I then went and pushed security out of the way so his coaches could get into the octagon and he could have some familiar faces next to go during that horrific event,” Chris Weidman wrote.

Weidman is expected to be out between six and 12 months following the horrible injury against Hall. As for Silva, he was able to make a full recovery from his broken leg and he fought for seven more years after that in the UFC, which Weidman will hope to do, too.