The 31 year old Makhachev (23-1 MMA) recently defeated Charles Oliveira (33-9 MMA) on Saturday, October 22nd of this year at UFC 280. In the process, the Russian captured the UFC lightweight champion title. 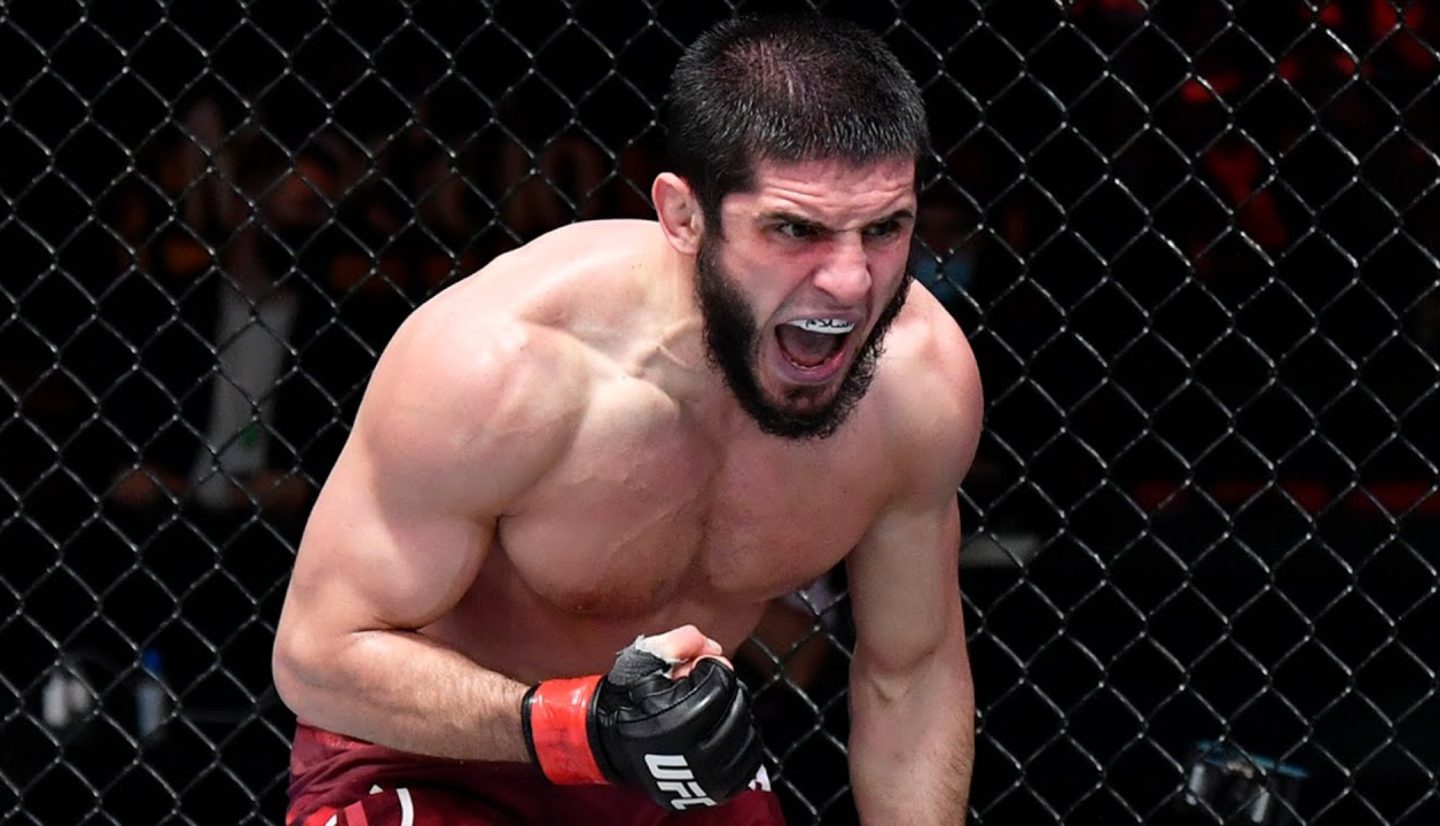 Michael Chandler, 36, (23-7 MMA) is set to match-up with Dustin Poirier (28-7 MMA) in a lightweight showdown at UFC 281 on Saturday, November 12th at Madison Square Garden in New York.

Chael Sonnen, 45, speaking on his ‘Bad Guy Inc.’ podcast, believes that Michael Chandler could be a potential contender in a fight with Islam Makhachev, saying:

“Who can beat Islam? I think Islam looks close to perfect.”

“Who can force Islam to do something different?”

“If we had somebody and they fought all night with Islam and stop Islam from getting on top, could we agree that would be a victory to some degree? Because I don’t think that Islam can go take Michael Chandler down. That’s my belief. I believe that Michael Chandler could stop the takedown. Moreover, if Chandler slips and goes down, I believe that Chandler can get back up onto his feet, turn and face him and start back in neutral.”

Who can beat Islam Makhachev? pic.twitter.com/tHD3avaGwi

Michael Chandler has expressed his interest in getting a title shot soon, stating:

“Islam proved that he was who he said he was. I stand corrected. He is our champion and I hope I can go out there on November 12 can win my fight, and get that title shot soon.”

Do you agree with Sonnen that Michael Chandler is the one fighter who could stop Islam Makhachev in his tracks?

Who will you be betting on for the win at UFC 281 – Michael Chandler or Dustin Poirier?

This article appeared first on BJPENN.COM
Previous articleLogan Paul says he’s willing to give Andrew Tate a platform for one night: “Turn his f**king face inside out”
Next articleJake Paul believes win over Anderson Silva “definitely” gained him respect with the MMA community
© Newspaper WordPress Theme by TagDiv