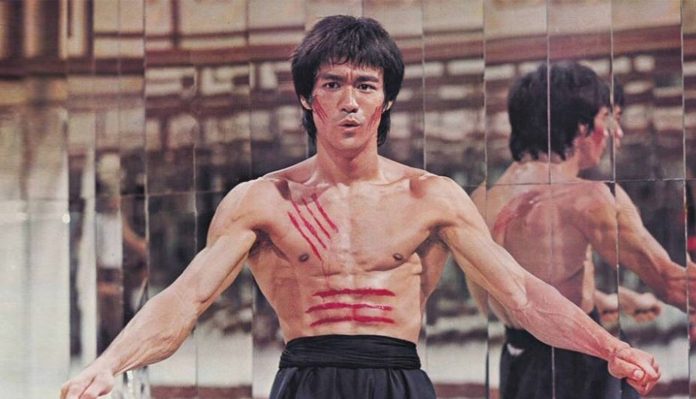 Bruce Lee set the gold standard for the martial arts in Hollywood and the world over, and his daughter Shannon Lee is hoping to preserve that legacy. She recently called out Quentin Tarantino’s new movie, Once Upon A Time In Hollywood, for misrepresenting her late father as an “a**hole”.

In the film, there is a fight scene between Bruce Lee (played by Mike Moh) and Brad Pitt’s character (Cliff Booth). At first, Lee knocks down Booth. In the second round, Booth launches Lee into a car. They then continue to strike each other before the fight is interrupted. The Bruce Lee character is presented as a less-skilled, irritating caricature that Shannon Lee found “disheartening”.

She said to The Wrap:

“He comes across as an arrogant a**hole who was full of hot air, and not someone who had to fight triple as hard as any of those people did to accomplish what was naturally given to so many others.”

Bruce Lee had to face great adversity and racial discrimination at the time. He was often turned down for roles and even sidelined for Asian roles in preference of white, western actors.  Shannon Lee feels this was undermined in Tarantino’s film.

“It was really uncomfortable to sit in the theater and listen to people laugh at my father,” she said.

In contrast, real-life Bruce Lee was known for actively avoiding confrontation and promoting the martial arts in a respectful and controlled way.

“What I’m interested in is raising the consciousness of who Bruce Lee was as a human being and how he lived his life,” she said. “All of that was flushed down the toilet in this portrayal and made my father into this arrogant punching bag.”

Given the fact that Tarantino portrayed other real-life characters in the movie (Sharon Tate and Steve McQueen) without parody, it begs the question, why did he decide to make a mockery of Bruce Lee? Shannon Lee continues to manage The Bruce Lee Foundation and website, ensuring her father’s legacy prospers in the face of unsavoury caricatures.