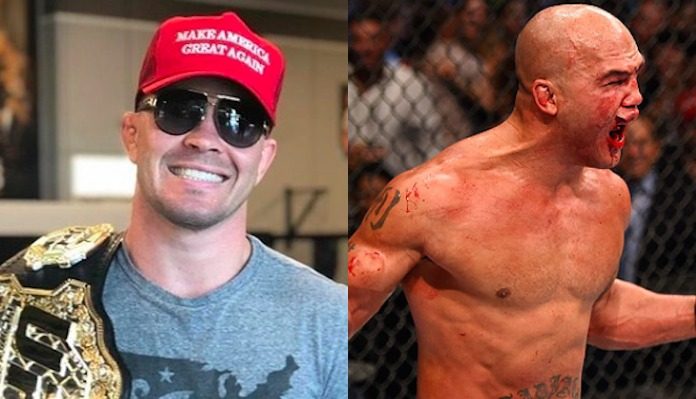 Colby Covington returned to the Octagon after more than a year off to take on Robbie Lawler in the main event of UFC Newark. It was a critical fight for “Chaos” as, should he win, he would finally get that elusive UFC undisputed title shot.

In the end, that is exactly what happened as Covington dominated Lawler for the entire fight as he threw over 500 strikes and attempted almost 20 takedowns. Following the fight, here is what we think should be next for the two of them.

Colby Covington said a win over Robbie Lawler would make him the greatest welterweight of all-time, and he stood by it after he beat the former champ. Now, however, there is only one fight that makes sense for “Chaos” and that is to fight Kamaru Usman next.

The two do not like each other — as  made evident by the post-fight show — and it would make for an interesting matchup, stylistically. Both Covington and Usman are wrestlers who have underrated striking and both like to be the ones to push the pace and be the aggressor.

It would be a difficult fight to call, but regardless, Colby Covington vs. Kamaru Usman at UFC 244 in Madison Square Garden should be next.

Robbie Lawler is on the first three-fight losing streak of his legendary career. “Ruthless” was coming off of a controversial loss to Ben Askren and had to face another wrestler. Unfortunately for him, Covington’s pace and wrestling were too much as he got dominated and lost every single round on each judge’s scorecards.

Although Lawler is still a big name, a fight for him should be against an up and comer. This would give them the chance to try and build their name of his, while “Ruthless” looks to get back into the win column himself. A perfect opponent for that would be Geoff Neal who is now 4-0 in the UFC. It would make for an interesting fight on a pay-per-view, or it could even potentially headline or co-headline a Fight Night card later this year.

Who do you think should be next for Colby Covington and Robbie Lawler?