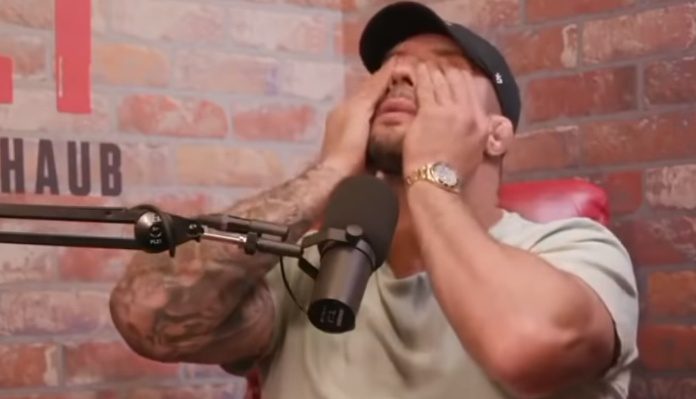 Adesanya, ‘The Last Stylebender’, after his UFC 271 victory over Robert Whittaker, took aim at Jones Jones on Valentine’s Day with a post on Twitter:

The tweet was an ‘in your face’ picture of a man wrapping his hands in preparation for a fight, directly aimed at Jon Jones and his prior domestic violence issues.

The former UFC light heavyweight champion Jones denied striking his fiancée during an incident in Las Vegas on Sept. 24, 2021 that led to his arrest on charges of domestic violence and felony injuring or disabling a vehicle. It should be noted that the domestic violence charges were later dropped in December of last year.

Brendan Schaub, while admitting the tweet was funny, also thought is was disrespectful to Jones. ‘Big Brown’ added that he was unsure the two of them (Jones vs Adesanya) would even fight unless ‘The Last Stylebender’ wins the 205 lbs championship.

Schaub commented on his podcast ‘The Schaub Show’:

“You talk sh*t, you can’t go back on Izzy, he’s like an elephant. This Valentine’s Day post is so disrespectful. It’s hilarious and all is fair in love and war, (but) they’re not even at war. I don’t know if these guys ever fight each other. Now, if Izzy does beat Jiri (Prochazka)… If Jiri gets the title, I think this (rivalry) strikes back up.”

Jon Jones (26-1 MMA), the promotions former light heavyweight kingpin, has only one loss on his record which came against Matt Hamill back in December 2009 via disqualification due to illegal elbows.

Israel Adesanya (22-1 MMA) currently fighting in the middleweight division, his only loss was to Jan Blachowicz back in 2021 at UFC 259.