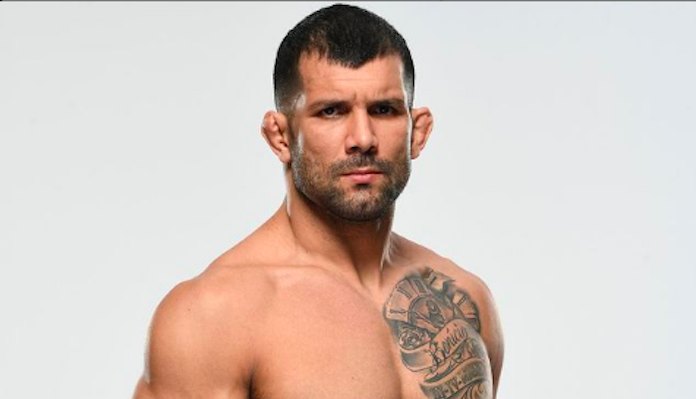 Brazilian jiu-jitsu legend Rodolfo Vieira has released a statement after suffering a submission loss to Anthony Hernandez at UFC 258.

Vieira was heavily favored to come away with the victory on Saturday night and take his professional mixed martial arts record to 8-0, but in the end, Hernandez pulled off an astonishing second-round submission win that stunned many fans who were watching.

Rodolfo wasn’t shy about letting the world know how he feels in the wake of the defeat by releasing the following statement – translated from Portuguese.

“Guys yesterday was the worst day of my life,” Vieira wrote (via MMA Mania). “It was the worst performance of my life, it was my son’s first time watching me, despite being a baby and not understanding anything. That, on the one hand, was even good to not see the beating that his father took and still be finished !! LOL. It was also the first time I fight after my Grandmother passed away, she who was one of my biggest fans and watched all my fights, I really wanted to be victorious and dedicate it to them!”

“Unfortunately, not everything goes as we want,” Vieira continued. “I’m still not understanding why I got so tired in the first round, I had some mistakes that I already know which ones, that will certainly be fixed, but really getting tired of the way I got tired I still haven’t I managed to understand! I had a great camp, I had the best weight cut to date, everything was fine … But I have to congratulate Anthony on his big win and I really hope he won the 50 thousand dollars of performance of the night.”

“I I know I need to improve a lot, in everything, I never hid this and every day I train in search of this evolution!” Vieira concluded. “Anyway, it’s in the past. I just want to thank you all for the messages of encouragement and support that keep sending me, you really are unbelievable! I am very grateful to God, and I feel super blessed to have the family I have, the friends and of course the fans who even without knowing me personally can make me feel so strong, so important and so dear to you. Thank you from the bottom of my heart, I love you.”

What do you think is next for Rodolfo Vieira?