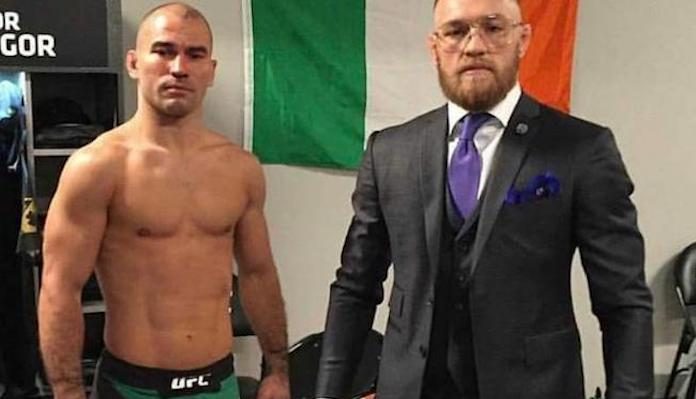 Artem Lobov reveals he was the one that came up with Proper No. 12 whiskey and gave it to Conor McGregor, which he will reveal in a new book.

Lobov spoke to TalkSport and said the two were talking about McGregor doing vodka to make more money following the Diaz fight. Yet, it wasn’t as easy as just McGregor putting his name on the alcohol.

“The selling point of my book will be the Proper 12 whiskey story. A few people know, but this was actually my idea. I was the person who came up with the idea to do a whiskey for Conor,” Lobov said.”

Lobov then told McGregor he should do whiskey instead as he had previously done a college presentation on the liquor and studied it. With that, Lobov knew quite a bit about it and began working on creating the whiskey and came up with a deal that he ended up giving McGregor.

Although Proper No. 12 was Artem Lobov’s idea, he knew Conor McGregor could make it massive. The former UFC and BKFC fighter also turned down any money the Irishman gave him.

“Lucky for me, when I was studying in college, I used to work in the bar at the Radisson Hotel and I had a friend who worked in the bar with me,” Lobov continued. We were just two 18-year-old kids. I obviously, left and did my own thing but Ivan stayed working in hospitality and worked his way up to be the general manager of a hotel. He put me in touch with a man called Niall of Classic Drinks, a top drink distribution company in Ireland. Niall was kind enough to meet me, at the Radisson actually, and he was very generous with his information. Once I got that information, I went on and met all different whiskey distilleries. I called some and met some in person. I did my research and put a beautiful deal together.

“Once the deal was ready, I went to Conor and I said, ‘Conor, I have the deal ready for you. This is going to be a billion-dollar deal, no messing here.’ I’m not sure if he took me seriously or not at the time with the billion dollars,” Lobov said. “I introduced Audie [Attar] and the rest of the Paradigm [Sports Management] team to my deal and all the people I was already working with and then we got going. We continued working on it and as you can see it was a massive success. I’m really happy to see that and I’m really happy to be a part of it.”

What do you make of Artem Lobov revealing he helped create Proper No. 12 whiskey?