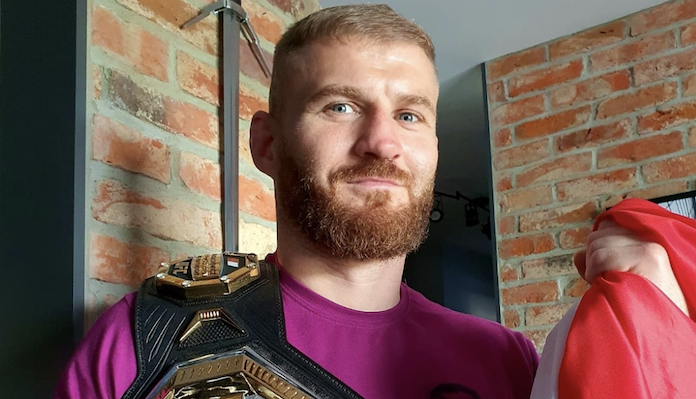 UFC fighter Anthony Smith has admitted he’s been left feeling confused by the idea of Jan Blachowicz getting a light heavyweight title shot.

Last Saturday night, Jan Blachowicz fought through some adversity to finish Aleksandar Rakic via knee injury and cement his status as one of the best 205-pounders on the planet right now. The man behind ‘Polish Power’ immediately called for a rematch against Glover Teixeira for the strap, so long as the champion can get past Jiri Prochazka at UFC 275.

Anthony Smith, though, who has a showdown with Magomed Ankalaev coming up, isn’t sure that’s the best route forward.

“As far as Jan moving right into a title shot, all of that talk was kind of confusing the s*** out of me, to be honest with you.”

“Prochazka is coming up, who knows what is gonna happen there, but I think Glover wins that fight. He’s probably the underdog but at least in my eyes, he’s favoured in most areas of that fight.”

“The way I looked at it, if Rakic won that fight, I don’t really have much to say. It doesn’t leave me in a position to politic my way into a title fight very well, even with a win over Ankalaev, because he has a straight up win over me. But with Jan, his title fight [against Teixeira] wasn’t super competitive, he didn’t defend versus any light heavyweights, now I’m not gonna discredit the win over Adesanya at all. It’s a fantastic win, but it’s over a middleweight.”

“I think the winner of my fight with Ankalaev has a better resume moving into a title fight.”

Do you think Anthony Smith has a point regarding the belt? Would you like to see Jan Blachowicz back in a title fight ahead of the Smith vs Ankalaev winner?