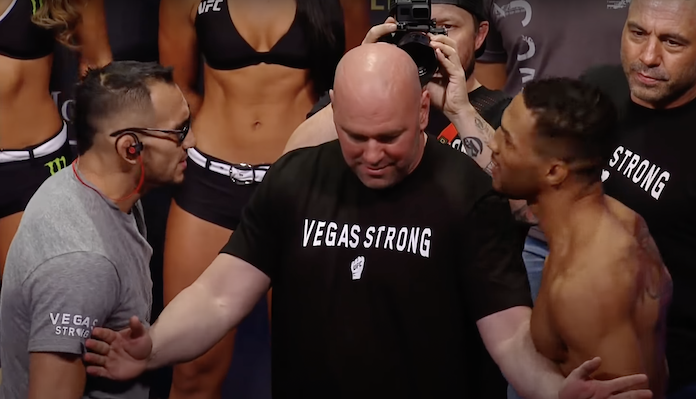 UFC lightweight Tony Ferguson has claimed Dana White made him feel bad for wanting to move back up to welterweight.

While he may have been knocked out cold by Michael Chandler at UFC 274, Tony Ferguson seems to have a clear mind for the first time in a long time. Instead of running away from the problems he’s faced, ‘El Cucuy’ is charging headfirst into them as he prepares to try and make one of the greatest career turnarounds in mixed martial arts history.

As it turns out, that could involve a shift from lightweight to welterweight – which is something Ferguson has been considering for a while.

“I’m not standing here giving him the finger, but I’m kinda sitting here like, I’m gonna do me for me now, and you’re gonna watch me now. I’m not tryna be unhappy anymore, because I just can’t do that sh*t anymore,” added Ferguson. “I’m not gonna let commentary or people have that fault and throw it in my sh*t. I do that myself, and I do it enough.”

Who would you like to see Tony Ferguson face at welterweight?