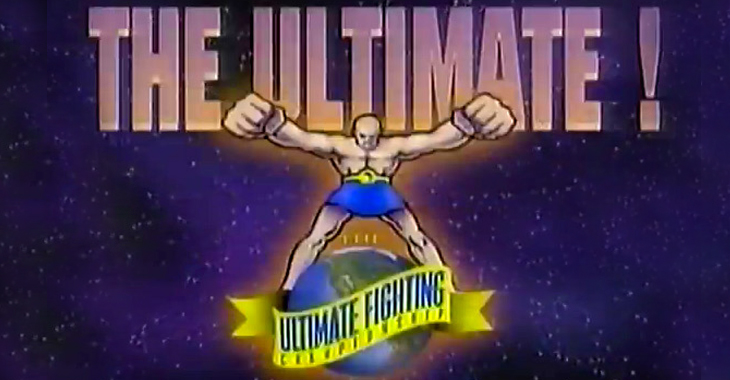 A lot has changed about MMA throughout the years, especially the UFC. It’s become more streamlined, it’s tried to become more professional like other sports, that’s what the whole deal with Reebok was about. How can we make a pro sports uniform without using a jersey like everyone else? Boom. Fight kits. It’s not just the geometric color blocks of fighter outfits that has transformed, MMA fashion period is nothing like it was in the beginning. Gone are the skulls and gaudy, Ed Hardy designs. However, the UFC is looking to bring back one aspect of a bygone era: Their original logo. According to The Blast, the UFC/ZUFFA filed for a trademark on the logo back on October 6th. They’ll be dusting off this classic logo for a new line of clothing. From the picture above, you can see the UFC want it cleared to be able to put it on just about anything. It could serve to educate some of the new fans on the UFC’s rich history, while also giving the hardcore fanbase a healthy injection of nostalgia.

The classic logo was just a man standing on top of the Earth with his fists in the air and a belt around his waist, underneath him a sash flapped in the wind with the UFC’s name. It was simple but said all it needed to: We are trying to crown the best fighter in the world, regardless of style. The first ever UFC event was November 12th in 1993, that would mean the organization is coming up on it’s 24th anniversary next month. That sounds like a good time to unveil their plans for their retro line unless they are going to save it for their 25th.