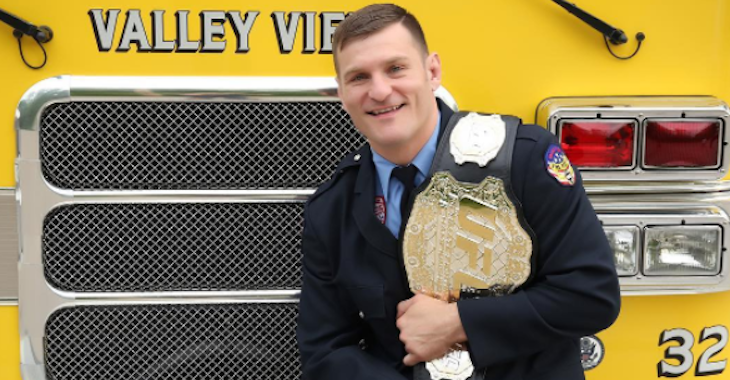 Speaking on a recent episode of The Fight Society Podcast, Miocic weighed in on this possible boxing match.

“Conor’s going to do it. It’s great cross promotion, I’d love to be a part of that.”

Miocic also discussed his chances against the incredibly dangerous Joshua.

“I did Golden Gloves and all that good stuff,” he said. “I just love the fight. I think it would be a great fight. I think people would love to see it.”

“Super confident,” Miocic added when asked how he’d feel heading into a fight with the boxing champ. “I’m going to go out there and give it all I got. Listen, I’ve got the best coaches in the world and I’d definitely be ready for that fight.”

All in all, Miocic seems to be seriously interested in making this fight happen:

“He’s a world champ for a reason. It would just be amazing,” Miocic said. “It would be an amazing opportunity. I would just be so grateful.”

How do you think Stipe Miocic would fare against Anthony Joshua?