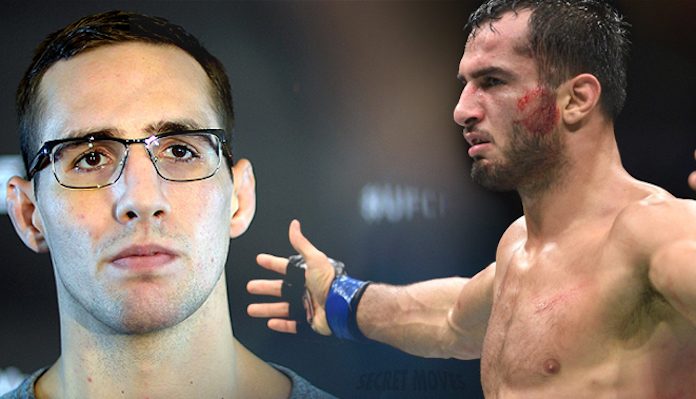 Gegard Mousasi is currently gearing up for a Bellator 200 middleweight title fight with destructive champion Rafael Carvalho, but that didn’t stop him from calling out Bellator welterweight champion Rory MacDonald late last week.

“He didn’t have a great performance [against Douglas Lima], but I’m not going to go on Twitter and say stupid shit,” Mousasi said of MacDonald on the last episode of The MMA Hour.

“After this fight [with Carvalho], hopefully we can get it done and he can come and show his skills,” he continued. “But he will come up short. His style is perfect for me, he moves forward — he’ll get his ass kicked, probably.”

Speaking to MMAJunkie over the weekend, MacDonald responded to Gegard Mousasi’s callout.

“Absolutely, if I defend my belt, another time I would love to fight for the middleweight title,” MacDonald said. “If Mousasi is the champion, or even Carvalho, I would love to compete against them in the future. But I would like to defend my title at 170 at least one more time.”

MacDonald then reiterated that he’s not only interested in Mousasi, but Carvalho too, if he retains the title at Bellator 200 – which is a real possibility.

Rory MacDonald, meanwhile, is on a two-fight streak, having bested Paul Daley, and former welterweight champion Douglas Lima since joining the Bellator roster. These wins were preceded by a pair of losses to Stephen “Wonderboy” Thompson and Robbie Lawler in the UFC.

Do you want to see Gegard Mousasi and Rory MacDonald fight in the Bellator cage?