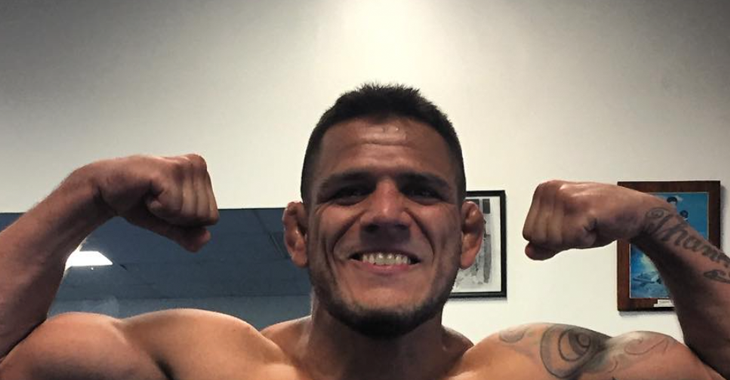 One of the most historic fights in UFC history in less than a month away.

On March 5, UFC featherweight champion Conor McGregor will have a chance to make history and become the first fighter to simultaneously hold two division’s titles. However, his opponent is no easy task. UFC lightweight champion Rafael dos Anjos is ever confident in his skillset and his abilities to beat McGregor.

McGregor who has had a knack for predicting his own fights has said, ““I believe I will dust Rafael inside one minute. He is a slower, sloppier version of Aldo. He’s like a bum version of Aldo. I believe, in absolutely everything, I believe inside one minute, I will dust him. I will exit the contest, fresh. I will cash the check, and I will sign the new contract for UFC 200, at the brand new MGM, and we’ll go again.”

What do you think fans? Share who you are picking in the fight by leaving a comment!