The finals for all six PFL 2019 tournaments have been officially set for the promotion’s finale, which takes place on New Year’s Eve in New York City.

After going through the regular season and the quarterfinals and semifinals for all six weight classes, these are the 12 fighters left to compete for the $1 million grand prizes. All six tournament finals will be scheduled for five, five-minute rounds. 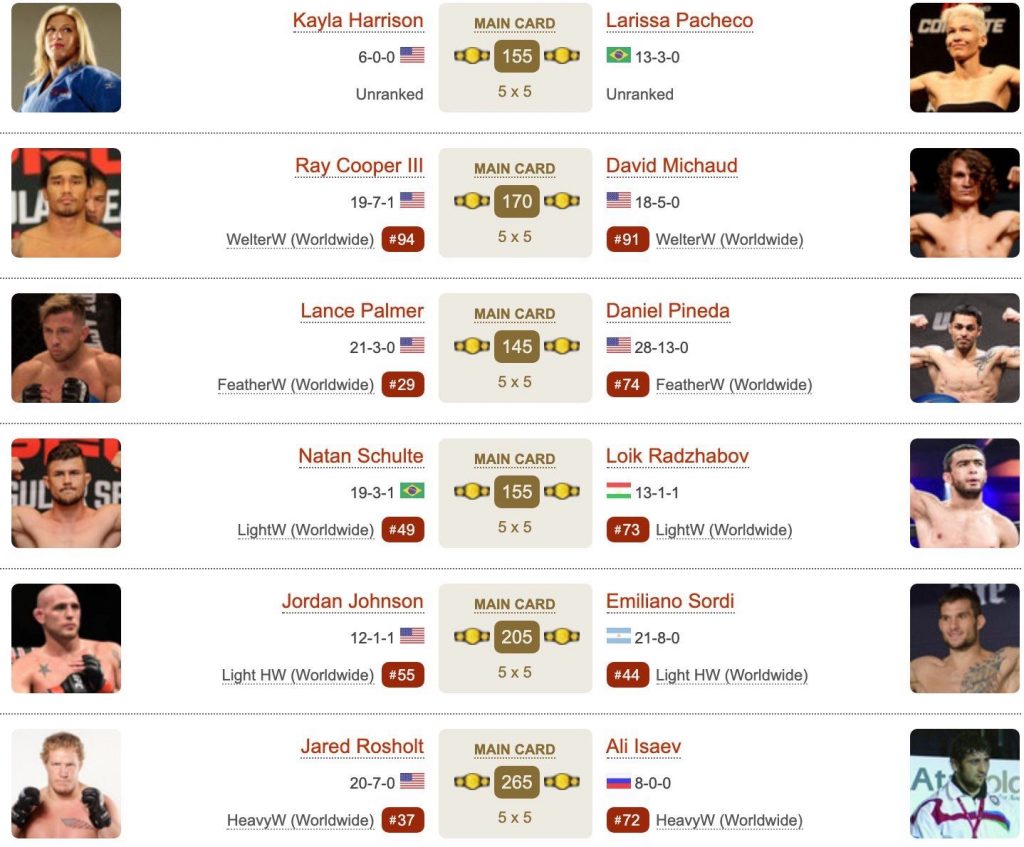 Sordi defeated Vinny Magalhaes, Bozigit Ataev, Sigi Pesaleli and Ataev again to advance to the finals. Johnson lost to Maxim Grishin, defeated Pesaleli, advanced after a draw with Grishin and defeated Yusupov to make it to the finals. Johnson was at one point a top prospect in the UFC, but Sordi’s run in PFL has been fun to watch this season and he will be a heavy favorite to win this tournament.

Palmer defeated Alex Gilpin, Luis Rafael Laurentino, Alexandre de Almedia and Gilpin once again to advance to the finals. Pineda made it to the playoffs after other fighters fell out of the tournament and advanced to the finals with back-to-back upset stoppage wins over Movlid Khaybulaev and Jeremy Kennedy. Palmer won last year’s featherweight tournament and will be favored once again to repeat as champion.

Overall these look like some pretty solid fights to close out PFL’s second season. Will there be a third season next year? We’ll have to wait and find out.

Who are your picks to win the six PFL 2019 tournaments?