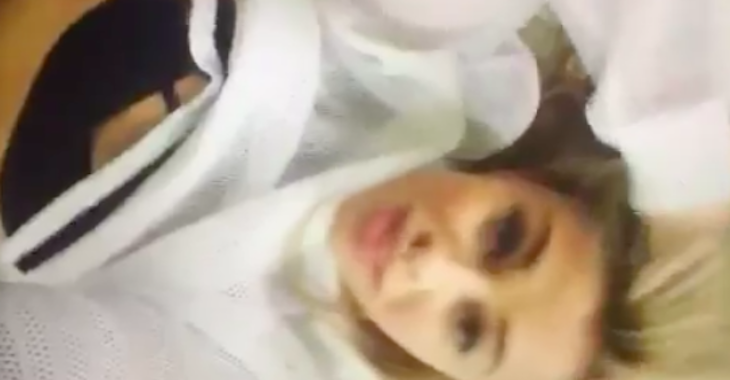 Over the weekend, fan favorite UFC strawweight Paige VanZant took to Snapchat to share an undeniably sultry self-made promo video for Reebok’s new line of black and white workout apparel. While this video left many of VanZant’s fans drooling, its provocative tone also generated significant criticism from her peers.

See below for VanZant’s video (which was deleted from Snapchat), courtesy of Twitter user Rob Young.

See some of the backlash generated by VanZant’s snapchat promo below (via MMAMania.com).

What the hell did I just watch https://t.co/nO7FSzFXhT

Wow hilarious! When does the x rated version drop https://t.co/eKF8c84ink

Though every UFC fighter now wears Reebok in the Octagon, VanZant is one of a select few to earn an exclusive deal with the sports apparel company. Her acquiring this lucrative deal generated some controversy among fans and fellow fighters, many of whom suggested she had earned it based on her looks, not her skill or accomplishments. Clearly, her alignment with the company is still capable of generating ample controversy today.

VanZant has not been seen in the Octagon since December, when she was submitted by former Invicta atomweight champion Michelle Waterson. Prior to this disappointing, first-round loss, she authored a 2016 knockout of the year contender, flattening Bec Rawlings with a jumping switch kick. This win, finally, was preceded by a bloody submission loss to top strawweight contender Rose Namajunas. VanZant is currently 7-3 overall.

During her time away from the cage, VanZant has elevated her stardom on the reality tv circuit. First, she became a runner up alongside partner Mark Ballas on the latest season of Dancing With the Stars. More recently, VanZant was announced as one of 16 celebrity competitors on the Food Network TV series Chopped. Unfortunately, she was eliminated from the show.

At the moment, VanZant does not have a fight signed. That said, we can probably expect to see her back in the Octagon soon.

What did you think of Paige VanZant’s suggestive Reebok promo video?