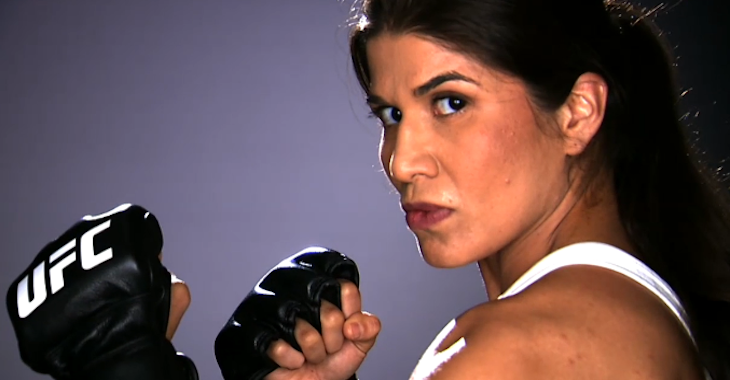 Jessica Aguilar is an unheralded pioneer of women’s mixed martial arts. The UFC strawweight contender’s career dates all the way back to 2006 – five years before Ronda Rousey made her pro debut. Over the course of this long career, she has amassed an impressive 19-5 overall record, which happens to be the longest record in the UFC strawweight division. Despite the experiential edge she has over her peers, however, she has struggled to gain a foothold in the division.

Aguilar explained this difficulty to host Kinch on the latest episode of BJ Penn Radio.

“I don’t know if you know, but I have the biggest record in the division,” the former World Series of Fighting champ said. “My record is 19-5. I just found this out, I didn’t know. But with the amount of experience that I have and where I’m at, it’s pretty sad.”

Aguilar then offered some insight as to why she’s struggled to catch on in the strawweight division. According to the contender, women’s MMA is now more about sexiness than it is about legitimate fighting ability.

It is what it is, but yeah things have changed,” she said. “Now, you have to show your boobs and your ass to kind of be popular, and that’s not my style. So I guess I’m not as popular because of that. I don’t even know what to say. It’s sad. I just want to get in there and do my thing.”

Having been sidelined by a severe leg injury, Aguilar has not been seen in action since she came up short in her UFC debut back in August of 2015, when she gave up a decision to top strawweight contender Claudia Gadelha. This loss, which Aguilar attributes in large part to injury, marked the end of an incredible 10-fight win-streak that included triumphs in the Bellator and World Series of Fighting cages.

Who do you want to see Jessica Aguilar fight in her return to the Octagon? Sound off, PENN Nation!