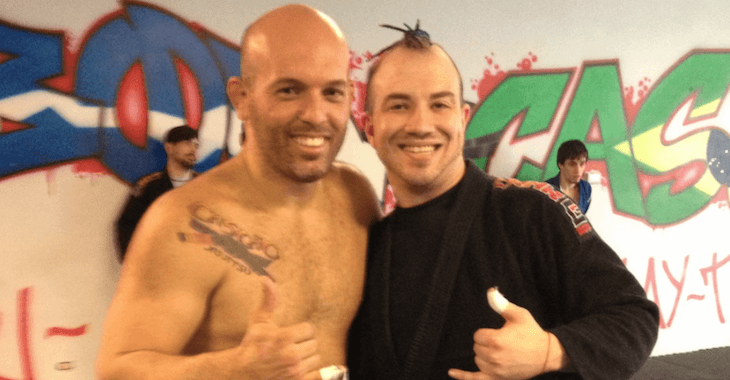 Openly gay martial artist Nicholas “Rush” Rotas shared his story and explained how his teammates and other fighters have helped to provide a support group for him.

Rotas detailed his story in a piece he wrote on Outsports, a site that features gay athletes. Rota is a blue belt in BJJ and also trains in other martial arts like Muay Thai, Capoeira, Yang Taiji, and Taekwondo.

In his piece he talks about the first time him being gay was brought up among his coach and team:

My coach was the first person to actually bring it up. We had just finished a team dinner after a local tournament — my first tournament ever — and were on the way back home to Spokane, Washington. He looked into the mirror making eye contact with me and asked, “You said you haven’t been back here since you and your ex broke up, right? Why didn’t things work out with him?”

Rotas feels lucky to have the support that he does, and wishes everyone was able to experience, but knows that it is not the case.

It saddens me that many gay people may not ever experience the amazing support and skill offered by these sports because of fear: fear that they won’t be accepted, or that they might get kicked out or shunned for being who they are. There is a disheartening storyof a man who was kicked out of his gym after being outed in South Carolina a few years back, and I think that reputation has stuck among the gay community in spite of clear progress over the years.