Ronda’s Next Fight Is In Australia, And They’re Calling Here A Non-Athlete Barbarian

Well here’s an interesting move by one of the biggest newspapers in Australia. As you probably know, UFC 193 is set to take place in Melbourne, Australia on Nov. 14. Bantamweight champion Ronda Rousey will headline that event, taking on undefeated challenger Holly Holm.

Yesterday a piece written by Rousey, for the Herald Sun, a major newspaper in Australia, was released and detailed how she went from being an American hero to being considered a barbarian when she started fighting MMA.

Now, also featured on the Herald Sun, is a piece written by Susie O’Brien who goes on to bash Rousey for fighting and says yes, she is a barbarian.

We can’t post clips from the article because it’s a subscribe only piece, but thanks to Justin Faux on Twitter, we have a screen shot of a portion of the piece. 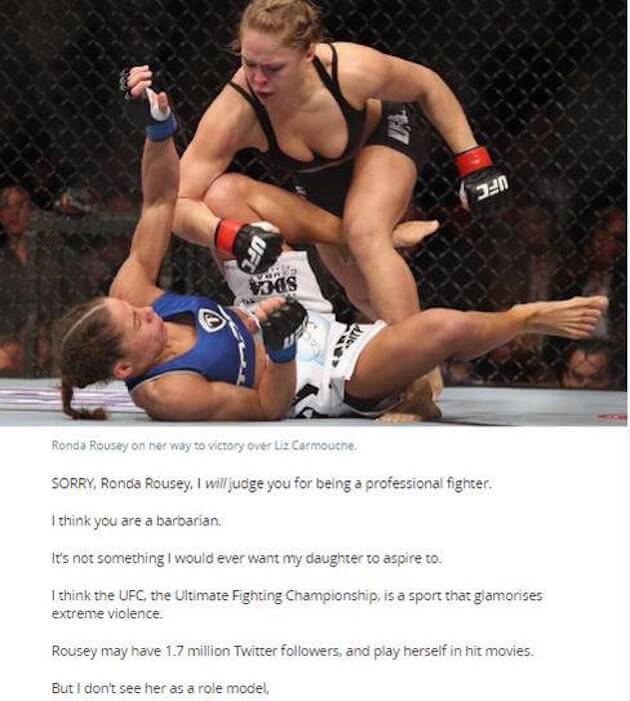 Is it shocking to see people still saying MMA is barbaric, even in 2015?