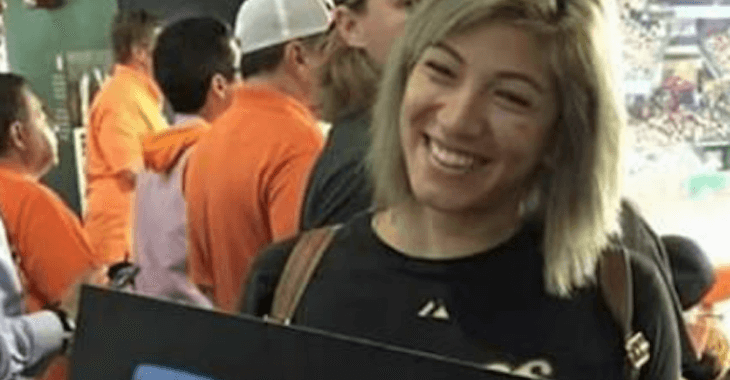 This is one of those random WTF stories in MMA. So earlier this week UFC heavyweight Derrick Lewis posted a video on his Facebook, showing a fan at an Astros game snorting something in the middle of the game. The video spread across the internet and blew up.

The next day, Lewis came out and said he never posted the video and wan’t even at the game, claiming that he was hacked.  Well now we have an apparent response from the fan herself.

Shared on Lewis’ Twitter account, is a photo of what seems to be the girl from the original video, holding up a sign that reads: ‘It was nasal spray!!’

Lewis had some fun, posting another tweet shortly after.