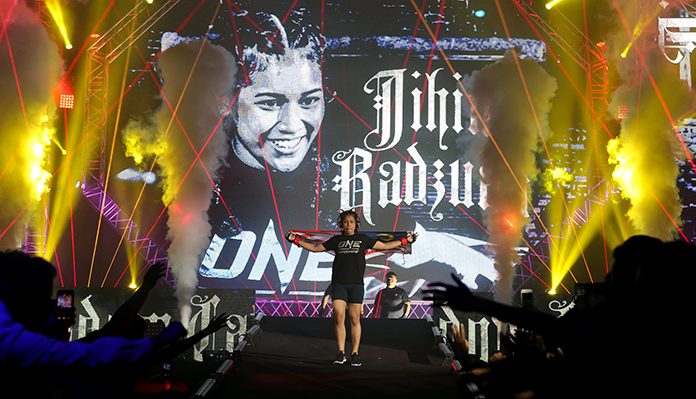 Malaysian women’s atomweight contender Jihin Radzuan — known by the nickname “Shadowcat” — will be defending her home country’s pride against the Philippines’ Jomary Torres at ONE: Masters of Destiny this coming Friday, July 12 at the Axiata Arena in Kuala Lumpur, Malaysia.

Apart from an impressive 4-1 professional record, the up-and-coming Malaysian prospect is also the owner of one of the more unique monikers in mixed martial arts, and it is something that has made fellow athletes and fans quite curious.

The moniker was something that bothered her at first, but later on, she grew to love it.

“To be honest, I wasn’t happy when everyone started calling me by that name. I found it annoying,” the 20-year-old admits. “But after some time, I started to love it. In fact, I find it unique now.” 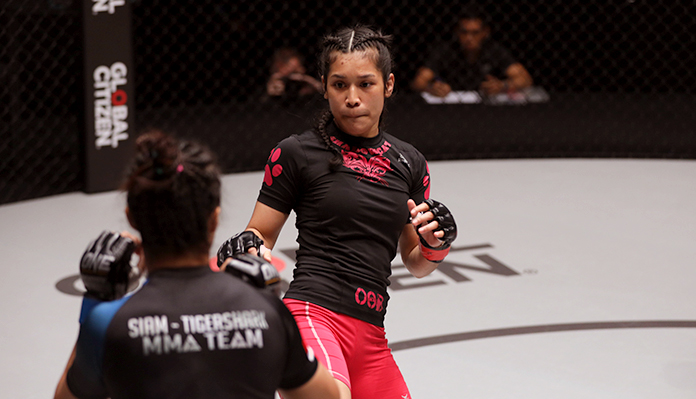 It was actually former ONE Championship athlete and Ultimate MMA Academy head coach Melvin “Overkill” Yeoh that gave Jihin Radzuan her unique nickname. The three-time ONE Championship veteran has a penchant for naming athletes based on their unique performance in the ring.

Radzuan proved to be a fast learner inside the cage and was very agile. That, coupled with her fondness for feline friends earned her the nickname “Shadowcat.”

“The nickname was given to me by Melvin during season four of MIMMA in 2016. He likes to give everyone a nickname, even athletes who are not his students,” she shared.

Radzuan’s one-of-a-kind nickname started to catch on with the local community, as her ability to scramble away from tough situations in bouts with relative ease resembled that of a cat escaping danger.

“People used to make fun of me for having a cute name,” she says. “But the more I got into this fight business, the more I realized that this was how they remembered me. I guess it’s also easier for people to memorize a nickname rather than an actual name.”

“Sometimes, I even bump into fans who ask me, ‘Hey, are you that shadowcat girl on television?’ It’s cute. Even my Chinese fans or friends refer to me as ‘Huanying Mao,’ which means ‘Shadowcat,’” she added. 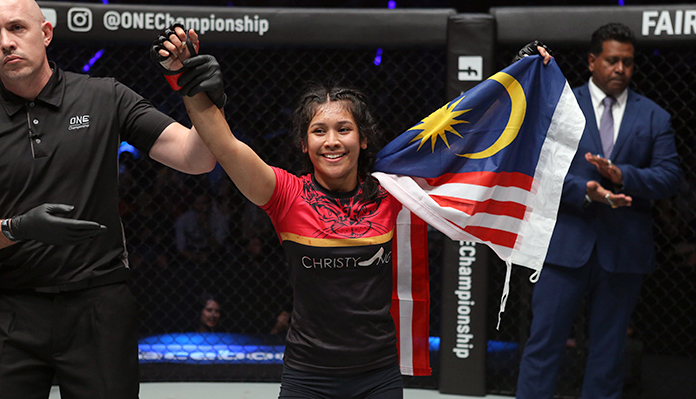 Radzuan’s love for cats grew in a similar fashion. Even though as a kid she was allergic to feline fur, her fascination grew over time.

After graduating from high school, she became a veterinary nurse in a clinic in Johor Bahru. Now, Radzuan owns four lovely cats and also takes care of a pair of felines at Ultimate MMA Academy.

“I loved cats since I was a very little girl, but I was allergic to them,” she explained.

“Whenever I went near cats, my face would get itchy. It got so bad at times, I’d sneeze blood.”

By learning to balance her life as an athlete and a veterinary nurse, and she hopes to pursue it as an entrepreneurial career when she eventually hangs up her gloves one day.

“I’ve always dreamed of opening a veterinary clinic when I cannot compete anymore. Or who knows, someday I might have my own brand of merchandise dubbed the ‘Shadow Cat,’” she offered.

“I believe cats and I are somehow spiritually linked together. I can understand them, and they understand my language, too.”

Catch Jihin Radzuan back in action at ONE: Masters of Destiny this Friday.