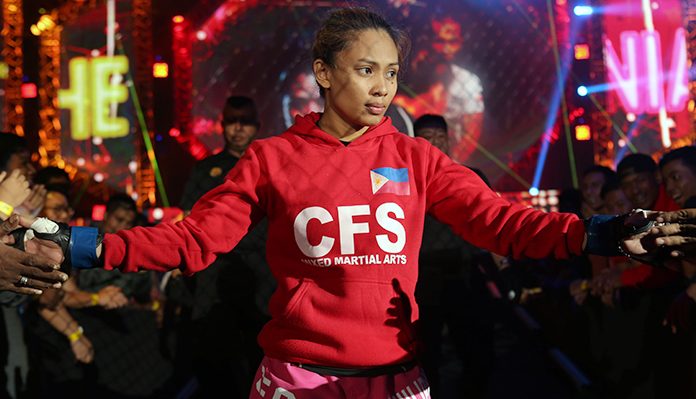 Filipina mixed martial artist Jomary Torres returns to action on July 12 at ONE: Masters of Destiny as she faces MIMMA Women’s Champion and Malaysia’s own Jihin “Shadow Cat” Radzuan at the Axiata Arena in Kuala Lumpur.

There’s a lot at stake for Torres who has lost her last three bouts after a stellar start with ONE Championship, and now as she prepares for one of the most important matches of her career, she reflects back to her humble beginnings and the reason why she took up the sport.

“I grew up to a family of farmers in Zamboanga,” Torres said.

“I have experienced firsthand the difficulties of life at an early age and how much my family had to work hard and sacrifice to put food on the table.” 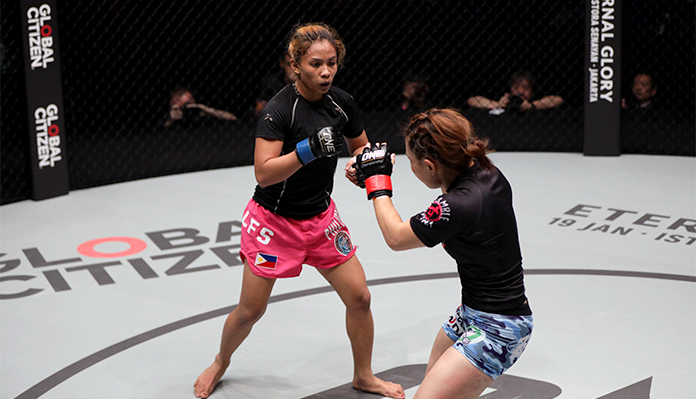 Jomary Torres sought to help her family gain a better life so she left for Manila and landed a desk job at the Catalan Fighting System Gym, where her passion for mixed martial arts was born. That passion eventually led her to the biggest stage of martial arts with ONE Championship.

“I first discovered mixed martial arts back in December of 2015,” Torres said.

“I was manning the table at Catalan Fighting System’s gym and watching people learn and train for the sport. I was curious and decided to join the basic MMA classes and almost three months after, I had my first professional match in my first promotion and moved to ONE Championship afterward.”

By becoming an active professional athlete, Torres gained more than just a means to provide for her family. 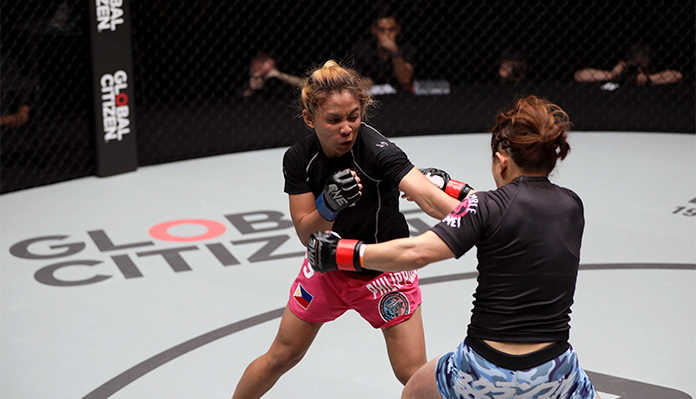 Through her chosen path, Jomary Torres had become a better person and has found success through hard work. Now, she hopes to be a source of inspiration to women through the values that she has learned through mixed martial arts.

“I just want to be the best athlete that I can be as well as a good example for all female athletes,” Torres shared.

“Yes, I was born and raised in one of the most challenging circumstances but I did not allow that to stop me from reaching my dream. No matter how difficult life is you can reach for the stars as long as you are willing to make sacrifices and have diligence, discipline, hard work, and the right guidance in your life.”