Nate Diaz says the UFC is acting like he called for the Khamzat Chimaev fight: “I didn’t call for, and I don’t want, didn’t want and still don’t want”

The two welterweights are set to face off in the main event of UFC 279 on Saturday. The bout is a rare non-title pay-per-view headliner. Diaz has been out of action since his decision loss to Leon Edwards last June.

Ahead of his return, the Stockton native has made it clear his fight with ‘The Wolf’ is the last on his UFC contract. Diaz has also reportedly set his sights on a boxing match with Jake Paul, and that he won’t return to the promotion.

At least not immediately. The 37-year-old has teased he could return to the UFC for a trilogy match with Conor McGregor. But while the Irishman is out of action, Diaz will be departing from the UFC.

Ahead of his return at UFC 279, Nate Diaz has made it clear he didn’t want to fight Khamzat Chimaev. Regardless, he accepted the fight, because he will fight anyone.

The welterweight star also revealed that he hates the narrative the promotion is pushing for his final fight. In an interview with ESPN, the Stockton slugger concluded that all the pressure is on the Chechen fighter. 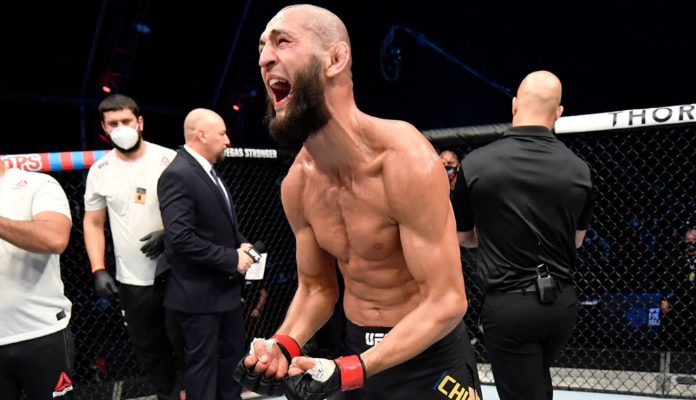 What do you think about Nate Diaz’s comments? Do you expect him to defeat Khamzat Chimaev? Sound off in the comment section below!