The CEO of Facebook is a noted MMA fan. Zuckerberg became a fan of the UFC years ago and soon decided to begin training himself. The 38-year-old began training jiu-jitsu, then full-blown MMA, including sparring.

Last week, the tech mogul took to social media to show himself sparring. Zuckerberg seemed to impress a lot of fighters by posting the sparring footage. Names such as Conor McGregor, Urijah Faber, Alexander Volkanovski, and more, all praised the CEO.

The amount of praise that Mark Zuckerberg received was really funny to Brendan Schaub. The former UFC heavyweight discussed the sparring footage on The Schaub Show podcast. There, the fighter-turned-podcaster stated it was cool that Zuckerberg trained jiu-jitsu.

However, the 39-year-old also thought the praise the clip was receiving was over the top. During a discussion about the comments made by McGregor and others, Schaub laughed off the praise. The former heavyweight opined that fighters were “thirsting” for Zuckerberg’s attention. 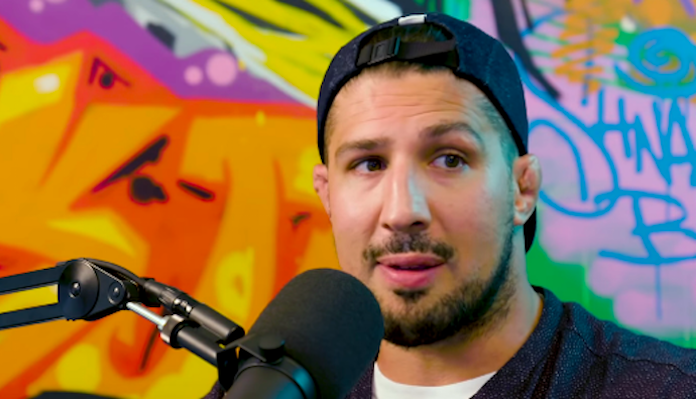 “It’s cool robots do jiu-jitsu. Oh god, did the UFC [comment] on here? Oh god, oh my god, you’re just thirsty for the likes… [Joe] Rogan [said], “This is fantastic, happy to see this, training looks solid too!” No, it doesn’t! What’re we doing here? Everybody? You guys know what this guy does on Facebook?”

Brendan Schaub, “Do you have any clue what this man does on Facebook? How he just suppresses information?… Robot! Oh my god, [Alexander] Volkanovski too? You guys have a little respect for yourselves… God damn it, you guys. At least he’s training. It’s just so thirsty… It’s bringing more attention to the sport, I get it. But all the thirsty guys on there, Jesus.”

Do you agree with Brendan Schaub? What did you think about Mark Zuckerberg’s training? Sound off in the comment section below!

This article appeared first on BJPENN.COM
- Advertisement -
Previous articleNate Diaz says the UFC is acting like he called for the Khamzat Chimaev fight: “I didn’t call for, and I don’t want, didn’t want and still don’t want”
Next articleNate Diaz says he was “nowhere near” a new contract, claims he told the UFC to sign all his friends in order for him to re-sign