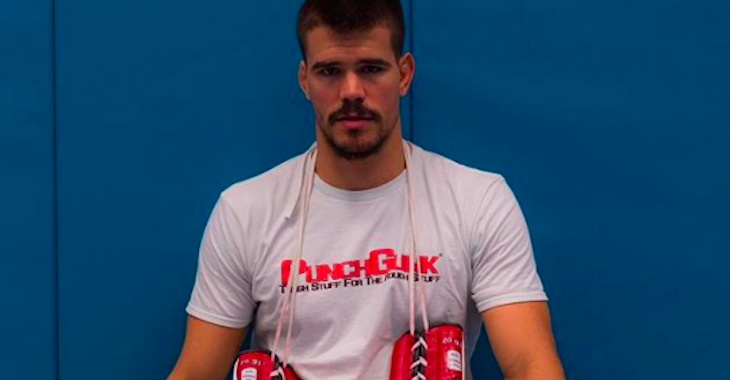 Mickey Gall seems to be as famous for his post-fight callouts as he is for his fights themselves. That, after all, is how he earned high-profile scraps with pro wrestling superstar CM Punk and popular prospect Sage Northcutt.

Gall’s next fight will occur on the undercard of UFC 217 this weekend, when he will take on Randy Brown. Speaking to Ariel Helwani at the UFC 217 media day this week, he divulged that he’s already got another name to call out if he wins this fight.

“Yes,” Gall said when asked if he’ll be calling out another fighter after a win at UFC 217.

“We’ll see,” he added when asked if fans will enjoy the callout. “We’ll see what you think. You guys will let me know.”

Gall also addressed a recent Instagram post, in which he seemed to take credit for the prevalence of the callout MMA.

I changed MMA. More specifically the culture of MMA… For better✔️ or worse it’s a fact and I did it with “callouts”. Since I burst on the scene calling ppl out my colleagues have followed suit. For the past year every other week, every fight card, every couple days on social media = CALLOUT. Every post fight interview NOW we are waitin for it (“who’s he gonna call out”, “he should call out blah blah blah”) … Champs r callin ppl out on IG. I get called out every few months 😂I trailblazed that I shoulda trademarked it… GALLOUT™… But for real I love it! So do the fans… This is just the FIRST way I changed the game at the highest level. And I’m just getting started… More reveals to come 👀Ya welcome 👊🏼#GameChanger #TrendSetter #UFC217

“I never said I invented the callout,” he said of this post. “I’m the reason the callout is so mandatory right now. I brought the callout back. I did not invent the callout. I’m not the first. But I took that, and that’s why you heard team Ferguson go ‘McNuggets.’ That’s why Jon Jones called out Brock Lesnar.”

Do you think Mickey Gall will pick up another win this weekend?