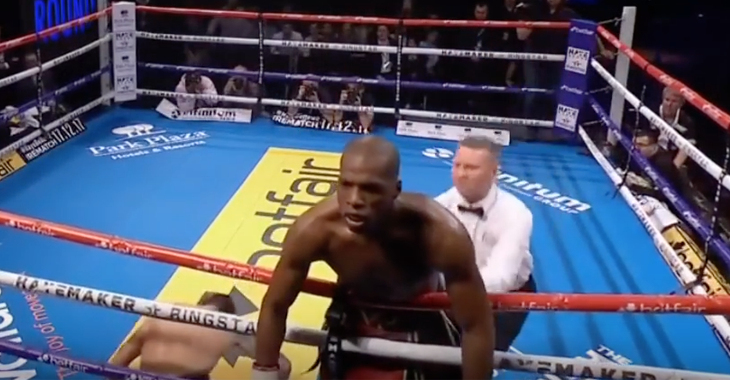 Bellator President Scott Coker said earlier this year that he worked in a deal with boxing promoter Lou DiBella to let “MVP” have a go in the boxing ring and Page did not disappoint in his Friday debut with a flashy third-round TKO. “I wanted to enjoy it a bit more and be in there a bit longer,” Page told Boxing News Online of his pro boxing debut. “The finish was what it was. I think it was a good start to the career, I think a lot of people are going to watch that and probably want to jump in and test that style. It always happens. Everyone says the hands down thing won’t work and trust me it will and I’m going to keep proving it,” he said. “When I get more enthusiastic fighters, you’ll see my style do better against them. A lot of people think when I get harder opponents it’s going to be worse. It actually opens up more because they’re going to be throwing more.

“It went how I thought it would go. I wanted to get more out of it.”

In regards to his flashy hands-down style, Page says at this point that’s just what he does when he’s in the moment. “That’s just me,” said Page. “It’s one of those things that’s part of my personality. I can’t switch it off. When the lights, cameras are rolling, that’s the action that comes out. That’s just me.”

In regards to what comes next, Page said that he would like to get in the boxing ring again on the undercard of the David Haye vs Tony Bellew rematch, which takes place at the O2 Arena on December 17. However, Page said nothing has been confirmed yet and ultimately it will come down to what his coaches and Scott Coker decide on.