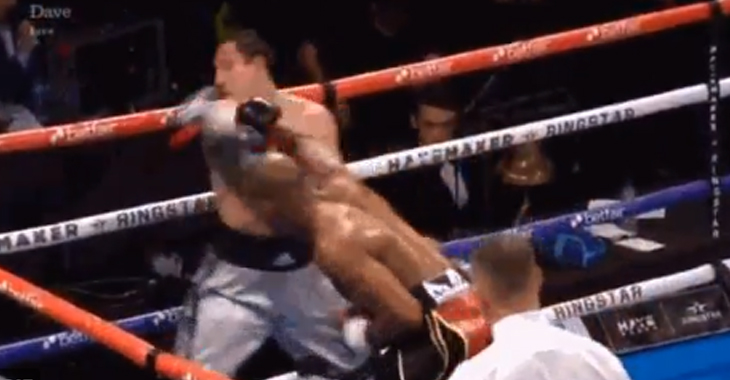 It’s not Conor McGregor boxing Floyd Mayweather, but it is an MMA fighter stepping into the ring to box. Bellator’s prospect Michael Page made his professional boxing debut today against Jonathan Castano. It was only scheduled for four rounds, but Page got the job done in three. In between drunken Kung Fu, clowning his opponent, and dancing, Page rocketed long straights into Castano’s face at will.

Now with his eye on two sports, there’s no telling what’s next for Michael Page. Still undefeated in MMA, his biggest challenge yet was Evangelista Cyborg. There has been a long hyped match between Paul Daley being batted back and forth, but so far nothing has solidified. However, with Page’s continual rise and Daley’s recent loss to Rory MacDonald, their paths may finally cross.

A happy @Michaelpage247 as he starts his boxing journey with a win on his pro debut. #DaveFightNight pic.twitter.com/sM9rP67euR