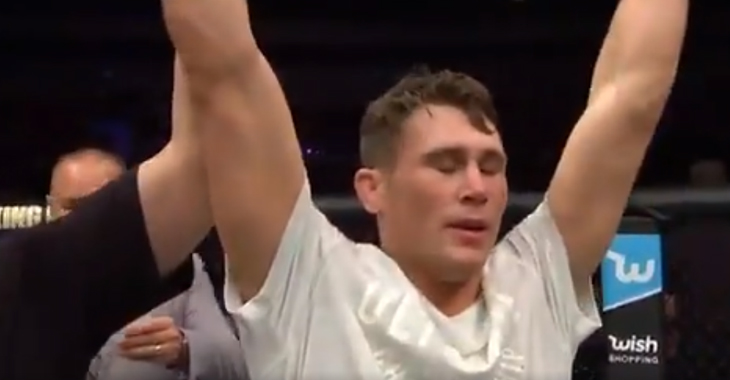 We shouldn’t have been surprised. All through the build-up UFC Gdansk, Darren Till told us what he’d do. He made no mistake showing off his confidence. Now we know that he was fibbing, he showed up in Poland and took out Donald “Cowboy” Cerrone. He didn’t just take the win, but he did it with ease. Cerrone isn’t the only thing that Darren Till made short work of, he went from being nowhere near the Ufc welterweight rankings to breaking through into to the top 10.

Darren Till rockets from unranked to #8 after #UFCGdansk, consequently pushing #15 Mike Perry out and causing all sort of mix-ups. pic.twitter.com/YFpFTpPWJR

If Darren Till wanted to make an impression, he just made two of them. As if a match-up with Mike Perry wasn’t already a done deal after their confrontation in the Octagon, Till just pushed Perry out of the rankings. If for some reason that doesn’t work out, Kamaru Usman is on a six-fight win streak in the UFC and begging someone to give him a top 10 opponent. He won’t be happy about these new rankings as he readies himself to take on unranked Emil Meek with everyone else booked. Of course, who can forget Stephen Thompson fighting Jorge Masvidal at UFC 217. We’re sure glad that we’re not put in the matchmaker seat, but they have to be pumped welterweight is on fire again.