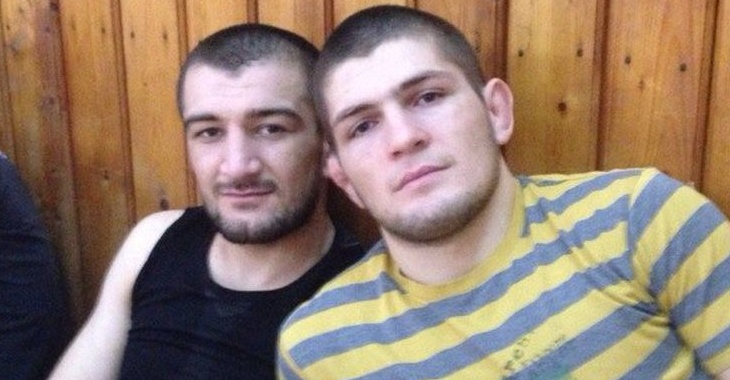 After UFC 219, Khabib Nurmagomedov has been all the rage when it comes to the hottest of MMA discussions. It doesn’t hurt that after such an impressive victory, he and the Lightweight champion, Conor McGregor have been going back and forth somewhat consistently on Twitter over the past few days. But today the top Lightweight announced the signing of his cousin, Abubakar Nurmagomedov on his Instagram profile.

As noted in the post, Abubakar will make his UFC debut on February 3 at UFC Fight Night 125 in Belem, Brazil. His opponent is yet to be announced. Abubakar is one of the Welterweight division’s best prospects outside of the UFC. He’s recently been fighting for the World Series of Fighting(now known as the Pro Fighters League) and holds a 14-1 professional record, while riding a six-fight win streak with ten of those coming by way of finish(seven KO/TKOs, three submissions). He holds notable wins over John Howard and Matt Secor. Abubakar hasn’t fought since March of 2017.

UFC Belem will be headlined by former UFC Light Heavyweight champion, Lyoto Machida as he takes on the up and coming Eryk Anders. The rest of the card looks like this currently:

Will Abubakar and Khabib one day rule the UFC’s most stacked divisions together?