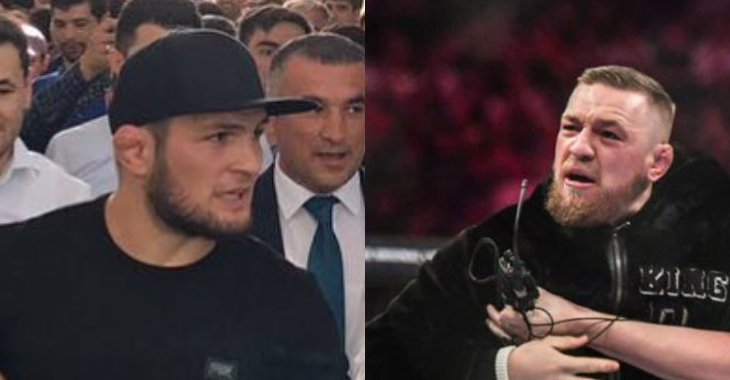 Conor McGregor was surely paying attention to one fight that took place over the weekend at UFC 219.

Early Monday, McGregor, the current UFC lightweight champion and Nurmagomedov went at each other on Twitter. McGregor tweeted “That Dagestani was dog shit the other night” and that Nurmagomedov “truly” needed to get on his knees and beg for them to fight. McGregor added that he has more business moves outside of the Octagon that will be starting up this year. With recently cashing in on his biggest payday with his fight against Floyd Mayweather, “The Notorious” is obviously in no rush to get back to competition in need of another paycheck. Khabib had a few fun responses and things continued on with the two firing shots at each other on social media.

Khabib put up a humorous animation video on social media that had fans from both sides talking.

McGregor also responded directly to one of Khabib’s tweet of another humorous photo of the two. McGregor replied, “I slaughter your pets and wear them as coats. And I only wear them once.”

I slaughter your pets and wear them as coats. And I only wear them once. https://t.co/5IMAc3ysgN

With Tony Ferguson holding the UFC interim lightweight title, which matchup between the three top UFC lightweights do you see coming first? Which one would you like to see come together? Let’s hear it in the comment section!